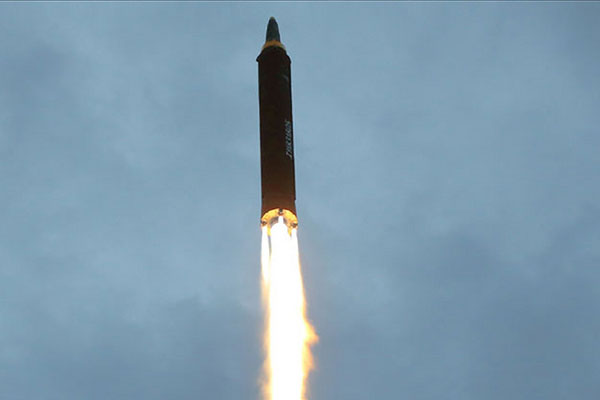 The Joint Chiefs of Staff(JCS) revealed the assessment on Tuesday, adding that a detailed analysis of the projectile by South Korean and U.S. intelligence authorities is ongoing.

The missile was confirmed to have traveled at a speed of around Mach 17 with an altitude of some 970 kilometers.

JCS Chairman Kim Seung-kyum reaffirmed that South Korea and the U.S. will further solidify their defense readiness in the face of any threats or provocations by the North.

The South Korean military said the latest string of the North’s missile provocations will only further isolate the communist state from the international community and will lead the South Korea-U.S. alliance to boost its deterrence and response capacity.

Tuesday's missile, the first to fly over Japan since 2017, was fired from the same location as a test on January 30 that saw an IRBM travel some 800 kilometers at Mach 16 at an altitude of two-thousand kilometers.
Share
Print
List