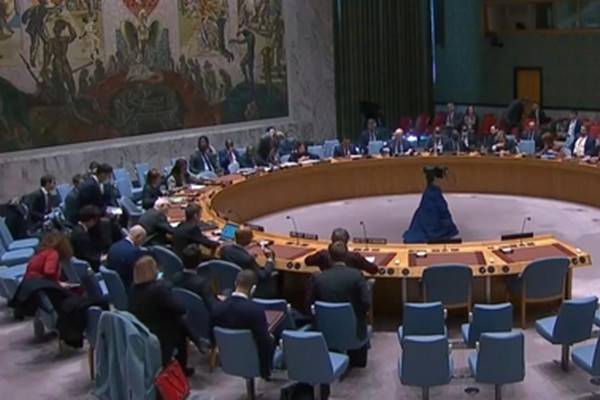 The UN Security Council failed to reach a consensus on how to address North Korea’s latest launch of an intercontinental ballistic missile(ICBM) during a meeting on Monday.

In the session at the UN headquarters in New York, western powers including the U.S. and key European nations as well as South Korea and Japan "strongly condemned" the North's continued missile launches, calling for a concerted response by the Security Council.

However, China and Russia, permanent members of the UN Security Council with veto power, repeated their position that the United States is to blame for the North's armed provocation.

The U.S. ambassador to the United Nations, Linda Thomas-Greenfield, said that China and Russia were "emboldening" Pyongyang by blocking council action and these two members' blatant obstructionism puts the Northeast Asian region, and entire world, at risk.

The U.S. envoy then said the U.S. will offer another opportunity for the Council to hold the North accountable for its dangerous rhetoric and its destabilizing actions, and the U.S. will propose a presidential statement to this end.

South Korean Permanent Representative to the UN Hwang Joon-kook at the meeting noted that the North’s development of nuclear weapons was facilitated by the inaction and division of the UN Security Council, in apparent criticism of China and Russia.
Share
Print
List