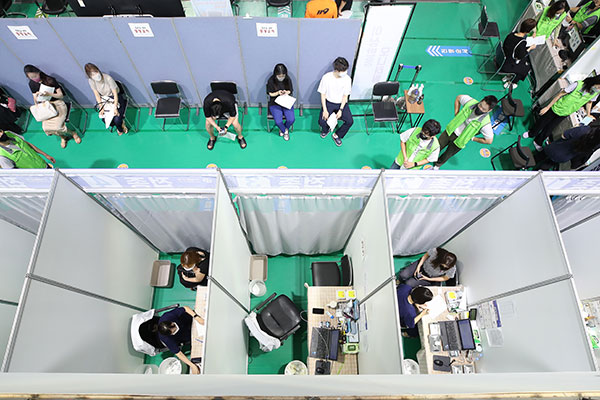 COVID-19 vaccinations for people in the 18 to 49 age group will begin on August 26, according to the state vaccine task force on Friday.

Vaccine reservations will begin for over 17-point-seven million people in the age group on August 9.

A new system will be introduced to prevent overcrowding on the booking site. People can make reservations only on days whose last number matches the last number of their birth date.

Vaccinations will take place from August 26 to September 30. People can go to a medical institution or vaccination center of their choice to receive the Pfizer or the Moderna vaccine.

A priority group of two million people whom local governments believe need the jabs first can make reservations in early August to get the shots from the 17th.

The government has also drafted customized vaccine plans for certain groups of people including those with developmental disorders, hospitalized patients and unregistered foreign residents.

The task force said 36 million people, or 70 percent of the population, will be given at least the first dose by the end of September. It will also consider booster shots for high-risk groups starting in the fourth quarter.
Share
Print
List