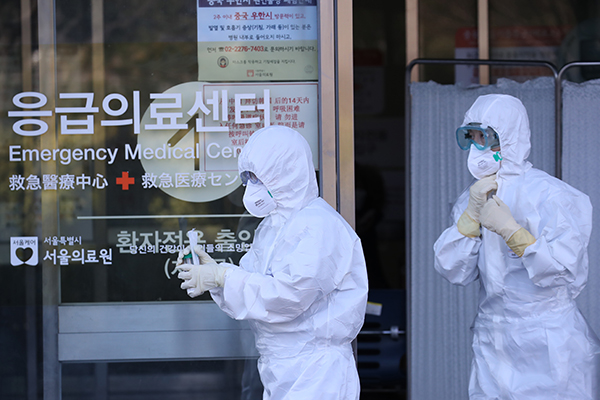 South Korea’s health authorities suggest the fatality rate for the novel coronavirus will likely be less than two-point-one percent in countries with functioning health and medical systems.

Dr. Jeong Eun-kyeong, the director general of the Korea Centers for Disease Control and Prevention, revealed her estimate in a regular media briefing on Friday, comparing with China’s mortality rate of two-point-one percent as reported by China's National Health Commission earlier this week.

Jeong said the death rate in China is reduced to zero-point-16 percent if Hubei Province, where 97 percent of the Chinese death toll has been reported, is excluded. She said the fatality rates in Hubei and Wuhan City, the province’s capital where the virus emerged, were three-point-one percent and four-point-nine percent, respectively, as of Tuesday.

The official also said earlier estimates of the disease’s fatality rate at four percent to five percent were based on the World Health Organization’s emergency committee reports in the outbreak’s early phase and thus should be revised.

Asked when the global health emergency will end, Jeong said it's too early to predict given the mass infection in Wuhan as well as the roughly five million people who have left the city since the outbreak began.
Share
Print
List