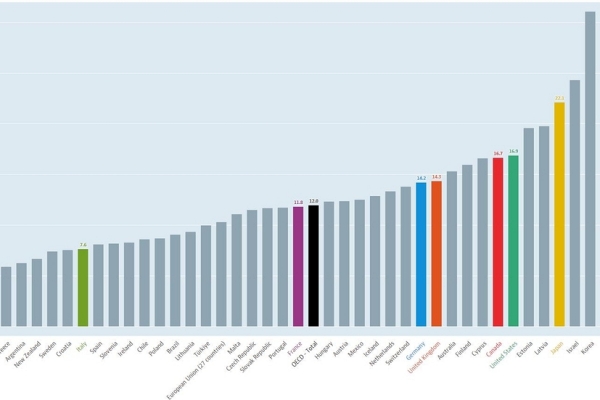 The country's gender wage gap remained the biggest among member states of the Organization for Economic Cooperation and Development (OECD).

According to labor groups on Sunday, data recently released by the OECD showed that South Korea's wage gap by gender came to 31-point-one percent in 2021, the largest among OECD member states.

Israel came in second with a wage gap of 24-point-three percent followed by Japan, Latvia and Estonia.

South Korea has retained the undesirable number one position for 26 years since 1996 when it joined the OECD.