Dokdo is a beautiful set of volcanic outcroppings consisting of 89 small islets in addition to the larger Dongdo and Seodo that have always been a part of Korea. History, geography and international law define Dokdo as part of the Republic of Korea, and it lies under Korea’s effective control as well.

Dokdo has been designated as national land under management of the Ministry of Land, Infrastructure and Transport, and as Natural Monument No. 336 by the Cultural Heritage Administration since November 1982. 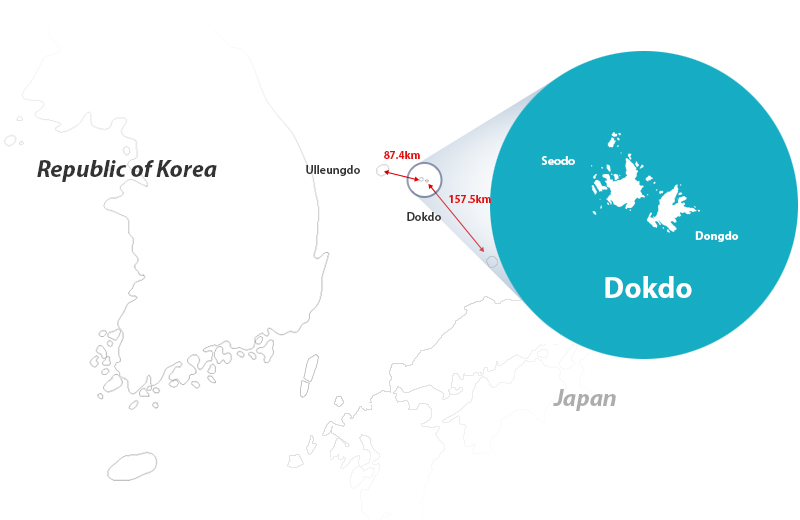 During a session of the National Committee on Geographical Names in 2012, the National Geographic Information Institute under the Ministry of Land, Infrastructure and Transport changed the names of the two larger islands forming Dokdo from Dongdo (98.6m) to Usanbong, and Seodo (168.5m) to Daehanbong.

Dongdo was named Usanbong because records from the Joseon Era show Dokdo labeled as ‘Usando,’ while Seodo was named Daehanbong to represent that Dokdo belongs to Daehanminguk, or the Republic of Korea. Tanggeonbong, formerly classified as a rock, was reclassified as a peak, thereby increasing the number of peaks on Dokdo to three from the original two.