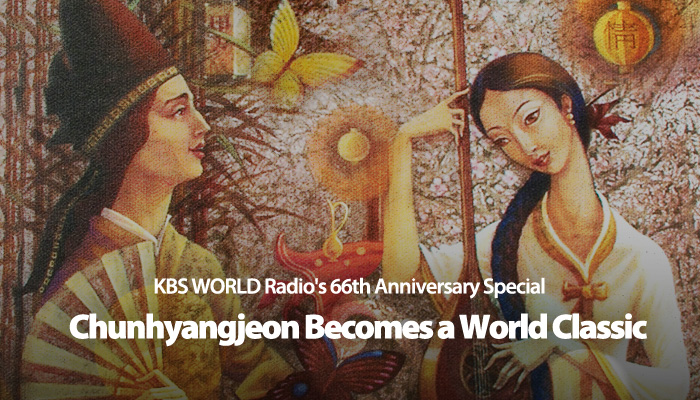 Chunhyangjeon(춘향전) tells the story of Lee Mong-ryong(이몽룡), a nobleman's son, and Sung Chun-hyang(성춘향), the daughter of a kisaeng(기생), who fall in love despite the differences in their social status. The witty and satirical story carries the thought and spirit of the times.

What could be the secret behind Chunhyangjeon's(춘향전) popularity not only among Koreans but people all around the world?