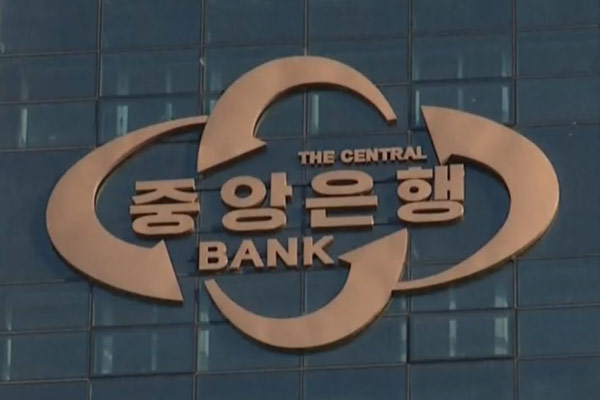 When North Korean defectors who have resettled in South Korea visit a bank here, most of them are amazed that they can withdraw money so conveniently. Apparently, they were unfamiliar with even simple transactions at brick-and-mortar banks in their home country, even though various financial transactions are conducted online in other parts of the world. Today, we’ll learn about North Korea’s banks from Kang Mi-jin, a North Korean defector and reporter at the Seoul-based online newspaper, Daily NK.

North Korea’s central bank has branches in various regions across the country. The nation’s banking history dates back to December of 1945 when the Pyongyang branch of the Chosun Bank set up a temporary monetary office called the “calculation office.” On January 9th, 1946, North Korea’s central bank was established based on the branches of the Chosun Bank. In April of the same year, the Farmers’ Bank was also created. On October 29th, the central bank and 58 local banks, including those headquartered in Seoul, were rearranged as a new bank that was no longer under the control of the Soviet military but belonged directly to the North’s Finance Ministry.

North Korea defines finance as economic activities that state-run banks conduct in the course of managing monetary funds. In the North, there is no clear distinction between finance and the national treasury because the state controls finance and distributes money in accordance with its own plan.

North Korea has a so-called mono-bank system, where the central bank also plays the role of commercial banks. South Korea’s central bank, the Bank of Korea, issues the national currency and manages monetary policies. But it does not take deposits or loan money. But the central bank of North Korea also performs this duty.

The proportion of loans is small in North Korean banks, which mostly supply funds needed to support government policies.

They also control enterprises by money—a phenomenon described as “control by the won.” That is, all enterprises in North Korea have only one account at the central bank and carry out transactions through it.

North Korean banks are not for individual banking, like depositing money or taking out loans. Rather, their main job is to control the economy through policy and corporate financing and managing the governing fund of the North Korean leadership. For example, Korea Kwangson Banking Corporation under North Korea’s Foreign Trade Bank requires all bank users trading in foreign currencies to pay 3 percent in transaction fees, which are used to secure special funds, including a slush fund, for the leadership.

Of course, the central bank performs the role of smoothing the flow of money by absorbing liquidity and conducts insurance business as well through its regional branch offices.

But the lack of funds at the banks makes it difficult for people to withdraw money, and the banks were widely regarded as a means of mobilizing financial resources needed to execute national fiscal plans. It is little wonder that local residents avoided depositing their savings at the banks. While experiencing harsh economic difficulties in the 1990s, known as the Arduous March period, many North Korean people turned away from banks.

North Korea’s financial policy became almost obsolete from the mid-1990s, the Great Famine period of mass starvation and extreme economic contraction. Nearly all monetary transactions were suspended, while commercial paper issuance stopped. In the early phase of the Arduous March period, people started to trade for what they needed. Before the period, goods were traded at prices set by the state. But the economic difficulties led to the formation of capitalistic markets and state prices became meaningless.

The centrally-planned North Korean economy was paralyzed in the 1990s.

The central bank’s role weakened because it couldn’t collect profits from state-owned enterprises that were unable to produce goods properly due to worsening productivity. Citizens couldn’t get paid for their labor, either, and they stored cash individually. In the process, private lenders called “money dealers” appeared.

North Koreans used the barter system of trading goods for other objects for some period before a capitalistic money market naturally formed. Dealers in the new market began to set the exchange rates for foreign currencies such as the dollar and the yuan to the North Korean won. The dealers made money off of every currency exchange by collecting commissions both from local people and foreign traders outside the country.

Since the mid-1990s, private financing has taken care of the problem that the central bank couldn’t resolve. Starting as loan sharks, the private money lenders later expanded their business into individual foreign exchange transactions to gain profits from exchange fluctuations.

According to a report by South Korea’s state-run Korea Development Bank, North Korean private money dealers would loan money at a 20 percent monthly interest rate for three or four months in the 1990s, but the amount of the North Korean currency used for private loan business was rather small.

Since the 2010s, more valuable currencies like the U.S. dollar or the Chinese yuan have been used for money lending. Those who want to borrow less than 2,000 dollars have to pay 10 percent interest on their collateral-free loan on a monthly basis. Borrowers of more than 2,000 dollars are supposed to pay 4 to 7 percent interest per month but they are also required to give their right to use their homes or other means of production as collateral.

The money dealers are mostly traders who have a lot of spare money and the wives of party officers. It is said that the amount of cash owned and circulated by those private lenders surpasses that of the central bank.

Since private financing has generated some negative effects, official bank transactions have been revived in North Korea lately.

If a man wants to send money to his children or relatives, he goes to a local bank and receives a ten-digit code, which serves as a bank account. He makes a deposit to that code, and the code as well as his card number is transmitted to a recipient. The recipient goes to a bank in his region and gets the money using the code and the card number. Each bank collects 10 percent transaction fees.

Despite the high fees, many North Korean citizens are using banks these days because of potential risks with using private lenders when sending money. For example, they may lose their money if a dealer has a fatal accident. For safer transactions, they prefer to use banks.

Money transfer in North Korea is rather complicated. But an increasing number of people are using banks, as they can send money in a short time without having to worry about losing it. North Korean authorities are also interested in reforming the financial sector, and some elements of commercial banks are being introduced in the communist state, although no official commercial banks have been founded yet.

Banks in North Korea are seeking a change for economic development. North Korean residents will one day hopefully be able to use banks conveniently in their daily lives and engage in normal money transactions, just like people in other countries.

(Next week, we’ll talk about football fever in North Korea.)