King Sejong as a music lover 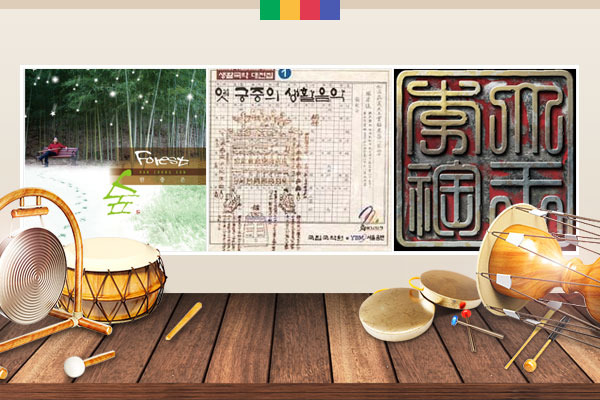 October 9th is Hangeul Day in Korea, the day to celebrate the creation of the Korean alphabet system invented by King Sejong. Hangeul has one of the easiest phonic systems to learn once you understand the principle. The Hangeul consonants are said to be scientific as they resemble the shapes of vocal organs, such as the lips or the tongue. The vowels are also meaningful as they signify the earth, human beings, and heaven, the three key elements believed to make up the world by Koreans ancestors. Hunminjeongeum훈민정음, the book that documented the logics behind the Hangeul system, explains how King Sejong incorporated the ying-yang and five-element ideology into the letters. The idea of ying and yang refers to the negative and positive energies interacting with each other to create all the things in the universe. Ying represents darkness, coldness, and shadow, while yang brightness, warmth, and light. Five elements – water, fire, wood, metal and earth – also explain how the world works. According to ancient beliefs, the five elements supposedly create change by combining or conflicting with one another. People in the old days thought that when the two opposing energies and five different elements are in harmony, the world becomes balanced and is at peace. King Sejong incorporated this ideology into the Korean script system. The first music piece for today’s episode is “Yeominrak여민락,” which means “to enjoy together with the people” and is believed to have been written by King Sejong himself. Today’s version is a rearranged version of “Yeominrak” titled “The Starlight Forest – The New Yeominrak” with the daegeum and sogeum played by Han Chung-eun.

After creating Hangeul, King Sejong wrote a song titled “Yongbieocheonga 용비어천가” with the new script. “Yongbieocheonga” which means “a song that extols a dragon soaring up to the sky to rule over Heaven,” describes the process of the Joseon Dynasty’s founding and wishes for the country to enjoy peace and prosperity for many generations. The first few sentences sing that ‘just as a tree with deep roots is not shaken by the wind and bears plenty of beautiful flowers and fruits, the kingdom of Joseon would stand strong with deep roots and become prosperous.’ “Yongbieocheonga” is a long poem consisting of 125 chapters. These poems inspired many different music pieces one of which was “Yeominrak,” based on chapters 1 through 4 and chapter 125. Next up is “Jeongdaeeopjigok정대업지곡” from Jongmyo ceremonial music performed while holding memorial services for former Joseon kings and queens at Jongmyo Shrine. “Jeongdaeeopjigok” specifically praises the military achievements of past kings. It starts with loud drum beats, followed by the sounds of the wind instrument taepyeongso태평소, to create a majestic and somber ambience. Here’s the Court Music Orchestra of the National Gugak Center performing parts of “Jeongdaeeopjigok.”

This music piece is also said to have been written by King Sejong. It is understandable to be skeptical of a king writing music personally. He could easily have ordered his officials to compose music pieces, but King Sejong’s official historical documents describe how he had perfect pitch and often wrote songs while rhythmically beating on the ground with a stick. Chinese music used to be played during memorial services at Jongmyo, but King Sejong thought Korean kings and queens deserved Korean music after death. His son, King Sejo, was also said to have been very fond of music, especially music that common people enjoyed. In the Joseon period, music was played, not just for people’s enjoyment, but to move their hearts and build a sound nation. Today’s last piece is “Gangwon-do Arirang” performed by Yido.