Economic Growth Outlook Revised Down to 2.6% 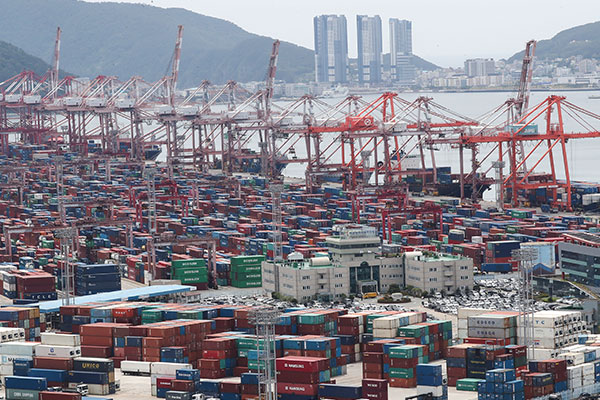 Related ministries adjusted the outlook on Thursday as they jointly announced the Yoon Suk Yeol administration's economic policy direction for the next five years.

The government projected private spending to increase three-point-seven percent in response to the easing of COVID-19 quarantine measures. Recovery is expected to continue despite inflation and the rising interest rate due to the government's extra budget, improvements in jobs and income, and the resumption of overseas travel.

Citing rising raw material prices abroad and post-pandemic demand at home, officials forecast consumer prices to jump four-point-seven percent this year, up from its projection of two-point-two percent in December.

Exports are expected to expand eleven percent, compared to its previous growth outlook of two percent. Imports are predicted to rise 18 percent due to surging raw material prices.

As for next year, the government is predicting growth of two-point-five percent, with three-percent inflation.

Amdi rising fears of recession, the benchmark Korea Composite Stock Price Index(KOSPI) at one time dipped below the two-thousand-400 threshold during Friday's trading for the first time in 19 months.

The index eventually recouped some of the loss to close the day at two-thousand-440-point-93, still down by ten-point-48 points, or zero-point-43 percent, from the previous day.

The KOSPI opened sharply lower at just above two-thousand-409, down by more than 40 points or one-point-seven percent. At one point, it fell more than two percent to two-thousand-396-point-47 amid massive selling by foreign investors.

The last time the index dropped below the two-thousand-400 mark during intraday trading was on November 5, 2020.