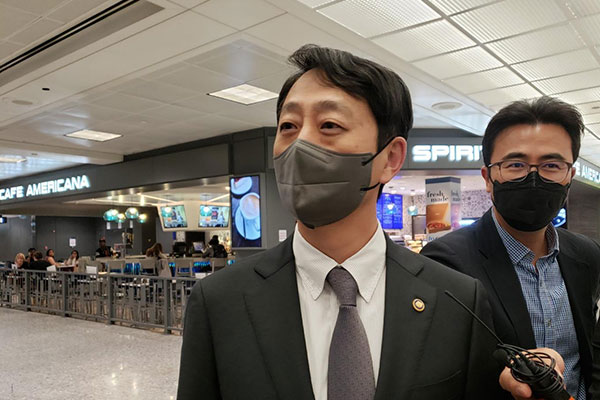 South Korea and the United States have agreed to form a council to address Seoul's concerns that the U.S. Inflation Reduction Act(IRA) would hurt South Korean automakers.

Trade Minister Ahn Duk-geun told reporters on Wednesday that the agreement was made in his meeting with U.S. Trade Representative(USTR) Katherine Tai in Washington D.C.

The minister said that the two sides agreed to set up the consultative channel and launch specific discussions on the matter, adding that they will consider as many alternative solutions as possible.

Asked if the U.S. admitted that the new law has legal problems due to the consequent discrimination against South Korean carmakers, Ahn said the U.S. fully acknowledges the seriousness of the issue.

The minister said that while there was no explicit concurrence, Washington’s willingness to establish the consultative body appears to indicate that it agrees there are legal problems.

Meanwhile, the USTR also said in a press release on Wednesday that Tai "listened closely" to Seoul's concerns about the electric vehicle provisions of the IRA and the two sides committed to opening an "engagement channel" on these issues.