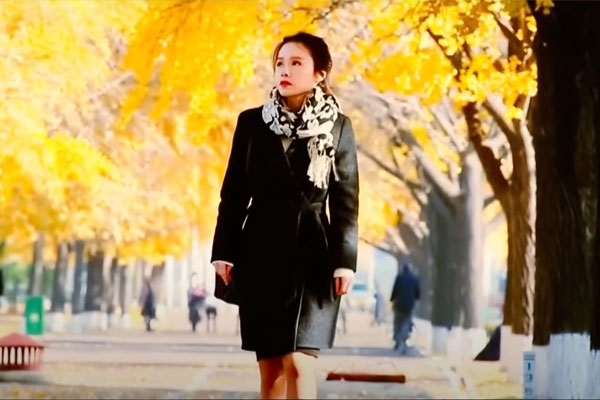 A child introduces the Munsu Water Park, the most famous water park in North Korea, in fluent English. She says the swimming pools there are awesome, just like the ones that can only be seen in cartoons. Her name is Song-A, a young North Korean YouTuber. It is said that YouTubers in North Korea, like those in other parts of the world, showcase themselves eating food or upload video blogs or vlogs.

Today, we’ll talk about well-known North Korean YouTubers and how North Korea uses them with Dr. Lee Ji-soon at the Korea Institute for National Unification.

Song-A’s video we’ve just mentioned was posted on YouTube in April, when she introduced herself as an eleven-year-old, fifth grader at primary school. Her English with a fluent British accent attracted attention.

Song-A is the daughter of a diplomat named Im Jun-hyok(임준혁) who formerly worked at Pyongyang’s embassy in London. She is known as the great-granddaughter of Ri Ul-sol(리을설), the former Marshal of the Korean People’s Army who had fought for Korea’s independence from Japan alongside North Korean founder Kim Il-sung. When Ri died in 2015, North Korean leader Kim Jong-un ordered officials to administer the funeral with the highest degree of courtesy and even chaired the funeral committee himself. It seems Song-A’s family belongs to the ruling elite in North Korea. Her British accent is the result of her time living in London from 2015 to 2019.

In the video posted in July, Song-A enjoys a shaved ice dessert that comes with sweet toppings with her friend in front of her school and promises to introduce the country’s best shaved ice to viewers who visit Pyongyang. She also says Pyongyang, where she lives, is a beautiful city that has a number of places for children, such as a zoo and a roller skate park.

The daily life shown in Song-A’s videos does not really represent the lives of ordinary citizens. Rather, it reflects how the upper class in Pyongyang lives. Not all North Korean residents live like Song-A. She enjoys various cultural and welfare benefits in the capital, and her life shows an ideal, civilized socialist country that North Korea is seeking to build.

In her video, Song-A also shared her experience of being infected with COVID-19. She and her mother fell sick with a high fever. They were worried because they ran out of medicine, when medical officers visited her house. She was able to recover in three to four days and she felt like the officers were her own siblings. In the video, a man wearing a white armband gives her medicine and puts his hand on her forehead.

She said during quarantine, her friend and neighbor put some strawberries and dumplings on her doorstep, while a worker of a vegetable shop in the neighborhood brought fresh vegetables every two or three days.

Song-A also told the story of visiting the Okryu Children’s Hospital in Pyongyang to treat a corn on her toe. She described the hospital as a palace for patients, praising its facilities for children and a study room for long-term inpatients.

However, viewers say that the clips do not really look like video content created by an eleven-year-old girl.

It may seem Song-A herself filmed and edited the videos before posting them on YouTube. But it is simply impossible. Vlogs or images featuring her daily life cannot be produced without the intervention of the authorities, although there is no clear evidence proving that. Song-A shot some scenes using a selfie stick but it looks like some other scenes were filmed by cameramen. In North Korea, people are not allowed to shoot scenes in some places. Even if they are allowed to do so, they need help from others. But Song-A can enter anywhere she wants and people all smile and show kindness in front of the camera. That’s because the videos were carefully planned.

What her videos show does not really match the typical image of North Korea, which has globally been labeled as a dangerous country that conducts a nuclear test. Her videos show a normal, safe and healthy life. They show that North Korea has achieved development despite international sanctions and the country remains safe even though the entire world suffers from the highly contagious disease. Many people think North Korea is bizarre and dangerous, but the video clips demonstrate that North Korea is actually an attractive country, which is well equipped with social infrastructure and is culturally advanced.

Experts say that it is impossible for individuals to run YouTube channels in North Korea because Internet access is limited in the country.

Some North Koreans say they saw YouTube videos. It means they watched them outside North Korea. In the North, it is not possible to access the global Internet, so individuals cannot create their personal YouTube channels. Locals may use the Intranet, a kind of internal network. Even the internal system is strictly-controlled, with the users monitored by the state.

It is assumed, therefore, social media platforms including YouTube are used as a new means of agitation and propaganda in North Korea.

One of the most famous North Korean YouTubers is “Un-A from Pyongyang,” who first uploaded her videos in 2019. In the video clips, the young woman named Un-A selects chocolates, cookies and ramyeon in the food section at a department store in Pyongyang.

She goes on a ride at an amusement park in Pyongyang to enjoy her life.

Her voice is indistinct because the background music is loud. But the scenes of her daily life apparently have the purpose of showing that North Korean citizens are leading comfortable and leisurely lives.

In early 2020, Un-A unveiled a scene of singing a song titled “Green Willow” in a recording booth, wearing a pair of headphones. The North Korean song is well known among South Koreans as well, as South Korean singer Seohyun sang the song during the joint performance of musicians of South and North Korea in 2018.

Un-A explains why she sang this song. She says, in fluent English, everyone is going through a hard time now and she thinks this is the time people should stand together against COVID-19, instead of criticizing each other or throwing sarcasms to each other. Why are North Korean YouTubers presenting their shows in English?

In North Korea, YouTube is a very charming tool for propaganda. By showing North Koreans’ everyday life and local culture online, the North publicizes Pyongyang as a tourist attraction. The videos are directed towards foreign audiences, not domestic ones, and that’s why they use the most global language of English, in addition to Korean, Russian and Chinese. Whatever the language, North Korean YouTube channels target viewers outside the country.

It is hard to say that the videos posted by Un-A from Pyongyang were created by a general citizen. A video clip in February 2020, for example, claims that not a single case of COVID-19 infection has been reported in North Korea as a result of the authorities’ proper measures. Of course, the international community didn’t believe it. Apparently having this in mind, the video says the North is effectively blocking the virus from entering the country, while food and commodity prices maintain a stable level.

North Korean vlogs posted on YouTube are organized in a way to let viewers indirectly experience the country’s major policies. They help break stereotypes about North Korea as a poor, underdeveloped country that seeks to strengthen military power in an intimidating way. A national image is an important factor that determines national competitiveness. It seems recent North Korean YouTube channels aim to improve the country’s bad, menacing image, especially targeting the so-called digital natives who are used to non-face-to-face communication.

At present, Un-A’s YouTube channel remains closed. The global video-sharing platform said the account was terminated for violating YouTube’s Terms of Service. But YouTube later revealed its position to a South Korean broadcaster, indicating that it may have suspended the account because the organization behind the production of the videos was subject to sanctions.

Another famous North Korean YouTuber is Jin Hui, who speaks fluently in Russian. In one of her videos, Jin Hui introduced daily lives of local people on the anniversary day of the foundation of the Workers’ Party in 2020. Notably, she did not show a military parade or a massive event where a large number of people gather. She explained her video shows the authentic side of North Korean people celebrating the important anniversary. In another video, she says she feels immensely happy when taking a walk with her family along the street and at a park in Pyongyang, stressing “a happy Pyongyang.”

At first glance, it looks like the video shows what a young woman is doing in her everyday life. But in the background, viewers can see a young solider powerfully stretching his arm and a large propaganda sign featuring the slogan “Toward the Eighth Party Congress!” Viewers may suspect the video is North Korea’s propaganda material. Their suspicion hardens into certainty when Jin Hui says the city keeps her family safe from any disaster.

North Korean YouTube channels are, in essence, propaganda materials, even though they describe the presenter’s daily life. The videos explicitly show propaganda posters, slogans, high-rise apartments that North Korea praise as a symbol of a civilized socialist country, and various cultural facilities. The scenes are skillfully organized to show off how advanced the country is. In this sense, Jin Hui is more like a propagandist, rather than a content creator. Foreign viewers might be curious about the unique North Korean city where large propaganda posters are found.

A little girl named Ri Su-jin has produced videos in the form of a growth diary.

In the video, the girl receives a new schoolbag and uniform before entering elementary school and gets dental treatment at the Okryu Children’s Hospital. That is, the video naturally exposes North Korea’s free education and medical systems.

Female and child YouTubers in North Korea contribute to creating a soft image for the country. By changing the viewers’ perception about North Korea, they make the communist regime look like an attractive country with a positive and bright image. In fact, North Korea’s military provocations and human rights issue have comprised international concerns, with the regime responding aggressively to the international community too often. North Korea’s attitude like this has deteriorated its image even further as an unreasonable, irrational and abnormal country.

Since 2019, North Korean videos on new media channels have been produced in a different way in an era where images are more important than texts in content consumption. In line with the changing media environment, the country has altered its propaganda strategy, which has been effective to some extent.

Social media platforms are effective in managing the image of a country and enhancing its brand value at relatively low costs. For that reason, North Korea is likely to continue to actively use the new media as a major propaganda tool for the regime.