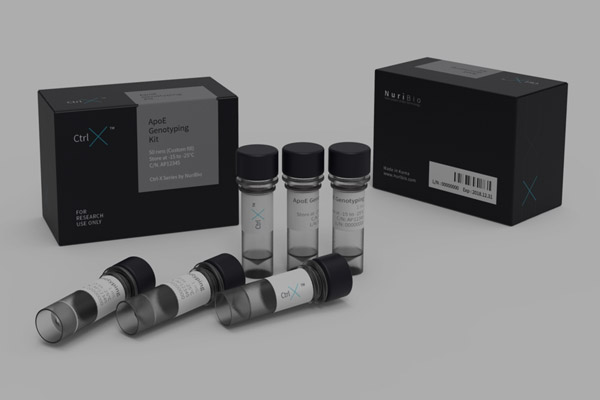 Today, we’re going to introduce you to NuriBio, a developer of a genetic analysis kits for detecting various diseases in early stages. Let’s hear from company CEO Nam Young-hyun.

NuriBio is a gene analysis platform developer that was established in December 2014. The word “nuri” refers to “world.” It derives from “onnuri,” meaning “the whole world” in Korean. The company name represents our hope to become a global company that would contribute to benefiting both the world and humanity.

The world continues to change, sometimes in a negative way, and creates a divide between the haves and have-nots. Unfortunately, many people in third world countries cannot receive medical and welfare benefits. I believe that if underprivileged people are provided with proper medical care, their quality of life will improve.

Nam majored in chemistry in college and then worked as an officer at the Weapon Systems Project Group at the Ministry of National Defense. There he worked on developing equipment for detecting bacteria, such as anthrax and typhoid, which are used for biological weapons. Later, he researched gene analysis technology at a U.S. bio firm for about ten years. In 2014, he set up his own company in the hopes of helping everyone receive universal medical services. With this purpose in mind, he developed genetic analysis platform technology called “PROMER.”

PROMER is our original technology, which can be applied to any area requiring genetic analysis. Chemical reagents are essential for gene analysis, and our PROMER technology simplified the reagents. For example, if existing methods used three different types of reagents, just two are enough when using PROMER. That is, the amount of reagents can be reduced. Moreover, it is ten to 100 times more accurate than conventional technology.

Compared to tissue biopsy that requires collecting a sample of tissue from the body, liquid biopsy is faster, simpler and more accurate because it examines samples of body fluids, like blood, to detect the DNA of cancer cells. But liquid biopsy has some shortcomings. Detection is difficult in a small sample, and this method is prone to analysis errors. These problems were remedied by PROMER, for which NuriBio applied for a patent in 2017. Thanks to this technology, it is possible to develop and produce analysis kits capable of identifying genetic diseases in a faster and more accurate way. The company devised PROMER in a way to be applied to a range of diseases and created a PROMER-based diagnostic reagent called “Control X.” This kit is easy to use and ensures a precise diagnosis. 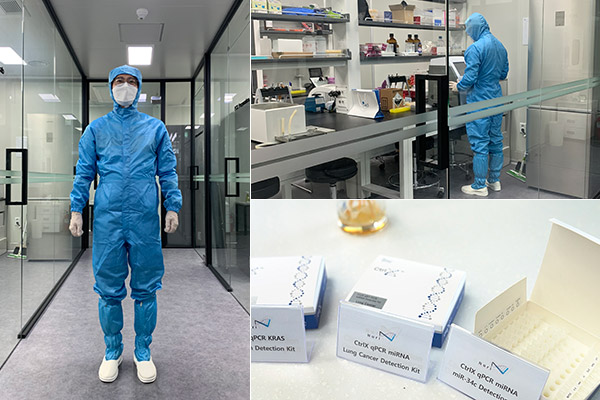 While PROMER refers to our original technology and key substance, Control X is a diagnostic kit using PROMER. It can be used in all genetic analyses, but it is especially good at analyzing mutations and cancer-related genes such as microRNA and ctDNA. Through the analysis of those genes, we aim to detect diseases in early stages. We’ve already released a product for research purposes. Large-scale clinical trials are underway on the product so it can be used for an actual diagnosis.

PROMER technology is specialized in analyzing microRNA and point mutations. Its high detection performance enables the early detection of diseases, including cancer, even with small blood samples. Based on this technology, NuriBio is researching ways to diagnose refractory cancer that is difficult to be found in early stages, such as pancreatic cancer, colon cancer and lung cancer. At present, the company’s technology can identify dozens of types of mutant genes in these three types of cancer. In recognition of its technological strength, the company awarded the grand prize for the Best Patent Products of Korea in the category of biotechnology in the second half of 2019. A number of schools and hospitals are interested in this promising company.

We’ve attracted investment worth 3.6 million US dollars in the phase of Series A and 1.8 billion won from the government’s R&D support program. We’re carrying out joint R&D programs with the Johns Hopkins Schools of Medicine and Rutgers University in the U.S. as well as the University of Basel in Switzerland.

In Korea, we’re conducting similar programs with Seoul National University, the Masan National Hospital, Yeungnam University and manufacturers of diagnostic products. We’re selling our product for research purposes and also working on the project of selling the substance for PROMER.

We’ve signed a licensing agreement with one company. Our diagnostic product is in the final stage of obtaining approval.

NuriBio uses its innovative technology to help people detect many more diseases accurately at reasonable prices. The technology can be applied to almost all industries requiring genetic analysis, including medicine, agriculture, food and beauty. Now, the company will work even harder to promote the common use of its PROMER technology so it can serve as the standard of genetic analysis.

If our gene analysis method becomes an international standard, we’ll be able to grow into a global firm. Our dream is to help many people find diseases in early stages through genetic analysis. By studying the information on the diseases identified in the early phases, we hope to lower the medical barrier and provide universal healthcare services. We’ve focused on developing gene analysis technology so far. Based on the technology, we plan to expand our research area to cardiovascular and infectious diseases. Our strength lies in the analysis of point mutations, in particular. We hope to use it to develop new medicines tailored to particular needs.

By developing technology to detect genetic diseases quickly and precisely, NuriBio demonstrated the possibility of overcoming intractable, deadly diseases. We’re looking forward to the future of this company, which dreams of a world where everyone can benefit from universal medical services.