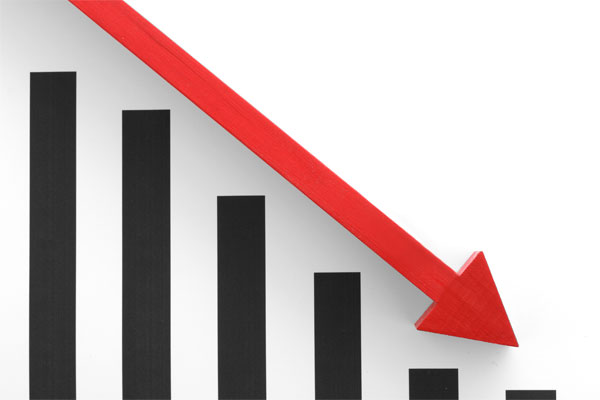 Koreans are celebrating the Chuseok harvest holiday for the second time in the COVID-19 pandemic. When the pandemic began early last year, people didn’t really expect that it would last so long. How severely has the prolonged pandemic impacted the growth momentum of the Korean economy?

The answer can be found in the Bank of Korea’s report titled “Re-estimation of Korea’s Potential Growth Rate in Consideration of COVID-19.” Released on September 13, the report says that the pandemic has heavily affected the employment situation and productivity in South Korea. Korea’s potential growth rate has already been on the decline due to the chronic low birthrate and an aging population. With the shock of the COVID-19 pandemic added, the country’s economic fundamentals are feared to weaken further.

The potential growth rate refers to the maximum possible growth that an economy can achieve by putting production factors such as labor, capital and technology without triggering excess inflation. It can be understood as economic fundamentals. A decrease in the rate means the slowing production capacity of the economy.

The biggest factor behind South Korea’s declining potential growth rate is the pandemic. Unlike economic crises Korea has experienced before, the pandemic is regarded as a temporary emergency situation. But why has it affected the nation’s economic fundamentals?

The falling factory operating rate, as well as retailers with shorter operating hours, are temporary changes. They may undermine economic growth, but don’t comprise the factor to affect the potential growth rate. We need to focus more on the rapid expansion of automation, unmanned systems and non-face-to-face services triggered by the pandemic. These changes might drag down the potential growth rate, as they will affect the pattern of labor input and increase youth unemployment. Researchers say changes thought to occur during the span of ten years could happen a lot more quickly during two to three years, due to the spread of the virus worldwide. I believe these changes will cut the potential growth rate.

Other countries have also lowered their potential growth rate estimates between 2020 and 2021, due to the COVID-19 shock. Apparently, the pandemic has had a negative impact on many economies around the world.

Unfortunately, the Korean economy is losing steam, with its potential growth rate plummeting year after year.

To make matters worse, the pandemic has added fuel to the downward trend of the country’s potential growth rate, making the fall even steeper.

The Korean economy was hit hard by the Asian financial crisis in the late 1990s, while the global financial crisis erupted in the late 2000s. It is believed that the aftermaths of the economic crises affected the country’s growth momentum, leading to the downward trend of its potential growth rate.

The rate is expected to recover in part, once the pandemic subsides. But even after that, the prospects are not very bright because Korea still faces a structural problem of a “demographic cliff.” According to Statistics Korea, the working-age population aged between 15 and 64 is forecast to shrink by 1.6 million to 34.1 million in 2025 from 35.7 million last year. The Korea Institute of Finance predicts that the country’s potential growth rate will fall to 1.57 percent in 2025 and tumble to the zero percent range in 2030, if the current economic structure remains unchanged. This trend will likely be reflected in the Bank of Korea’s monetary policy.

When formulating a monetary policy, the central bank considers the proper control of inflation and the economy. It raises or cuts its key interest rate, depending on the economic situation. Even if the Korean economy grows in the lower two percent range this year, it may not indicate a recession. Rather, the Bank of Korea believes that the economy is nearing normal levels. That’s why it is considering an interest rate hike, despite the concerns that the economy is still reeling from the pandemic crisis.

Other analysts say that the COVID-19 crisis has only had a temporary impact on the Korean economy and is not a major factor to bring about a structural change in the mid and long term.

However, Korea has many structural problems. On top of the low birthrate and an aging population, the expansion of the public domain across society is also worrisome. In fact, the government has become bigger in size in the course of handling COVID-19. This is cited as one of the factors behind a decrease in the potential growth rate. That’s because the expansion of the public sector, which is less efficient than the private one, will distort resource allocation and dampen economic productivity overall. It’s urgent to devise measures to recover the potential growth rate.

Over the long term, a decline in the potential growth rate of a country is considered natural. In the process, it is important to adjust the pace appropriately. For Korea, it is crucial to respond to a demographic change effectively. It needs to raise the extremely low birthrate through proper policies.

Advanced economies, including the U.S., tend to lift their potential growth rates by improving productivity and driving technological innovation, rather than by injecting labor or capital.

Korea should also focus on this part. Speaking of innovation, it’s not just about technology in the electronics industry but also about social systems, which have a great influence on productivity in the long term. Companies need to protect their workforce but they should also adjust it in a flexible way. Social systems should be operated in a way to funnel more people and money into new industries. South Korea needs to keep improving its economic and social systems.

It may not be easy to overhaul the major frame of the economy. But analysts are calling for Korea to make an all-out effort to change economic fundamentals even now in order to recover its potential growth rate. A crisis can be an opportunity for innovation. It’s necessary to respond effectively to the changing economic structure and minimize the fallout from the pandemic. The government needs to come up with carefully-planned policies, while companies should make their own efforts to fulfill the stated goal.