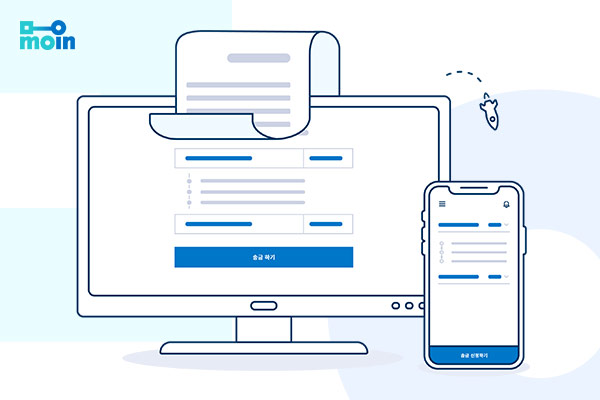 The company we’re going to introduce today is Moin, a provider of highly efficient cross-border money transfer service. Let’s hear from Heo Seong-hyeon(허성현), the Head of Operations at the company.

Moin is a cross-border money transfer service operator created in 2016. The fintech firm obtained a small-sum overseas remittance license from the Ministry of Economy and Finance to allow remittances to 30 countries. Foreign firms can also transfer money to Korea, using Moin’s service. It has partnered with Mirae Asset Daewoo since early this year to allow the customers of the securities firm to use Moin’s overseas remittance service through the firm’s mobile app. The word “moin” means “save” or “gather” in Korean. It is roughly translated as “money saved for remittance” or “get-together of great people.”

Moin’s founder and CEO, Suh Il-seok(서일석), studied computer science at Korea Advanced Institute of Science and Technology and software engineering at Carnegie Mellon University in the U.S. The fintech specialist worked as a researcher at Samsung Electronics and investor at a venture capital firm. He paid attention to the fast-growing cross-border money transfer market. Amid an increasing number of Korean workers and students abroad, overseas remittance volume came to 14 million US dollars in 2017 but shot up to 365 million dollars in the first quarter of 2019, representing a 25-fold increase. Still, overseas money transfers were mostly done by banks in an inefficient way.

The amount of money internationally remitted by individuals has surpassed 640 billion dollars, with the Asian region accounting for more than 40 percent. The market continues to grow. Nevertheless, the overseas remittance service offered by Korean banks is inefficient, costly and time-consuming, compared to domestic money transfer, due to structural problems. Those who hope to transfer money overseas have to pay multiple layers of bank commissions, as they go through domestic, overseas and intermediary banks.

When sending money to foreign countries, Koreans take it for granted that they use local banks because it is commonly believed that banks are the only means of transferring their money safely. But Moin explored a more efficient alternative. It successfully developed an overseas remittance method that improved existing shortcomings but still ensures safety. Moin directly connects senders and receivers, without relying on mediator banks, to make the remittance process simpler, faster and more cost-effective. Using blockchain technology, the service significantly reduced the risks of missing information and double-spending. Moin’s cross-border money transfer service is clearly different from those offered by banks.

Moin’s service enables cheaper, quicker and more convenient money transfers. For example, a bank charges about 10 dollars for a remittance. Then an intermediary bank charges another 18 to 20 dollars. And a receiving bank charges additional fees of some 20 dollars. Also, there might be won-to-dollar exchange commissions. But Moin’s commission fee is up to 90 percent lower than those of the conventional banking service.

Users of the Moin service will see that overseas money transfer is complete in just five minutes. Although the duration may differ from country to country, the transfer process is more than one day quicker than banks. It is much quicker than Internet-only banks as well.

It is very convenient to use our service. It is available anywhere, anytime, through websites or mobile apps running on Android and iOS devices. We’re ready to respond to customer inquiries about overseas money transfer quickly and accurately.

Moin was selected in “2019 Fintech 100: Leading Global Fintech Innovators,” reflecting that its service and technology gained global recognition. In June this year, the company was also chosen as one of the ICT startups to be nurtured through public-private cooperation—a program organized by Korea’s Ministry of Science and ICT. Moin’s remittance service incorporating various methods attracts attention both from Korea and overseas. 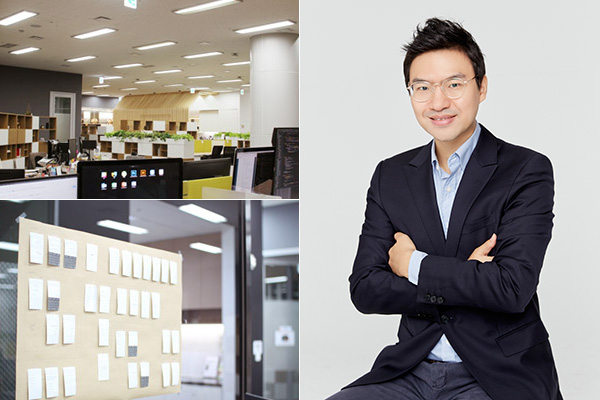 Moin offers a cross-border remittance solution in the most efficient way possible by combining various methods, including blockchain technology. When the company was established in 2016, it used major cryptocurrencies like bitcoin and etherium in its overseas wiring process.

It converted the Korean won into encrypted coins, sent them overseas and converted them again to the local currency.

Afterwards, Moin used blockchain networks devoted to remittances by linking cryptocurrencies such as Stellar and Ripple. Other than blockchain-based platforms, it also employed methods like cross-border netting, pre-funding and pooling. By mixing these various schemes, Moin provides the optimized overseas remittance service.

But Moin was never disappointed. It is dreaming of another take-off through constant technological development and foreign market exploration.

Moin continues to develop blockchain-related technology to improve the remittance process. For that purpose, we are strengthening our blockchain capabilities through collaboration with blockchain networks. We have recently allowed remittances to Thailand through Ripple’s xCurrent, which is a blockchain-based cross-border transfer solution. The global remittance market for individuals is sizable, but not many countries have an efficient remittance system. Remittance fees in Africa and South America are over 10 percent, in some cases.

Moin is eager to make inroads into those regions with inefficient remittance services. It will modularize its useful remittance services and provide them to money transfer operators and banks in various parts of the world. We’ll also tap into the remittance market for companies as well. International payments and remittances among companies are tens of times the size of individual ones.

We hope to make this market more efficient, as an innovative remittance service provider representing Korea and Asia.

Moin was created with the purpose of providing a fast and convenient money transfer service at affordable prices. Thanks to the company, many people can transfer money overseas conveniently, still saving their time and money. The company’s technology, which it has successfully developed in the poor domestic environment, will shine brightly in the world market and transform it into a leading provider of efficient cross-border remittance services.