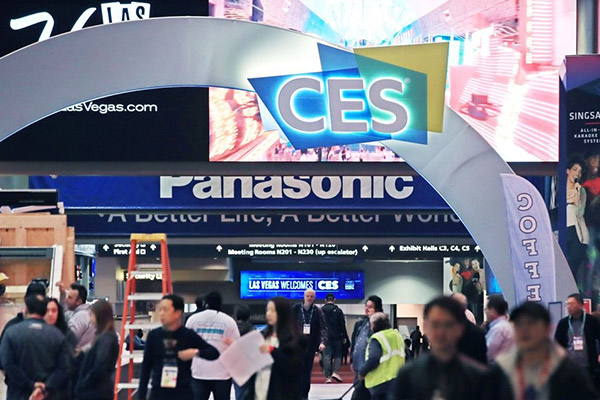 Last week, the eyes of the world were on Las Vegas, Nevada where the Consumer Electronics Show or CES took place. Every year, the world’s largest trade show for IT and consumer electronics has served as the global stage for cutting-edge technologies across major industries. This year’s event, which was held from January 7th to 10th, also showcased new and amazing technologies that will lead the future. Today, we’ll talk about this latest tech expo with Professor Park Hee-joon from the Department of Information and Industrial Engineering at Yonsei University.

Artificial intelligence has been one of the hottest topics of CES since last year. This year’s fair showed that AI technologies have grown even further to give rise to much more intelligent things. These intelligent things are connected to ultra-fast 5G network services, signaling a transition to a super-connected society.

More than 4,400 companies, including 390 South Korean firms, participated in CES 2020. The number of Korean companies taking part in the annual event has been steadily rising over the last three years.

In addition to familiar names like Samsung Electronics, LG Electronics, Hyundai Motor and SK, this year’s show was also joined by an increasing number of small and mid-sized firms including Bodyfriend, Hive System and Coway. It is worth mentioning that Korean firms made up about 20 percent of the 1,200 startups at Eureka Park, an exclusive section at CES dedicated to startups. This year, more than 200 Korean startup companies participated in CES, up over 70 percent from last year.

The focus of this year’s CES was placed on AI, 5G, vehicle technology, digital health and more. Gary Shapiro, host of CES and president of the Consumer Technology Association, said that the products and technologies at CES 2020 will change lives for the better.

Among the 4,400 exhibiting firms that unveiled the latest technologies that could change people’s lives, Korean companies definitely stood out. From Korea, 390 firms joined the event, representing the third-largest figure, following the U.S. and China. Samsung Electronics’ new robot, in particular, drew much attention from visitors.

In a keynote speech on January 6th, Kim Hyun-suk, president of Samsung’s consumer electronics division, introduced the company’s intelligent robot named Ballie. Kim said that the robot, which is a personal life companion, is a good example of Samsung Electronics’ “human-centric” vision. This robot is a human-friendly device designed to help people in everyday life. The small, ball-shaped robot rolls around the house, following its user, and interacts with other smart devices such as a smartphone and TV to offer various services. Ballie can be used in security areas or as an assistant at fitness centers.

Ballie looks like a tennis ball. Equipped with AI, the rolling robot freely moves around the house, ready to provide services, just like a personal assistant. It can look around the house with its built-in camera. When it is too warm, it turns on an air conditioner. When the house looks dirty, it operates a robotic cleaner.

As a robot butler at home, Ballie is expected to open an era where robots live by our sides and respond to our daily needs.

Korea also cut a conspicuous figure in future vehicles, another hot topic at this year’s CES.

Hyundai Motor Group Executive Vice Chairman Chung Euisun(정의선) unveiled the company’s future mobility vision at CES. The vision consists of three solutions. First, urban air mobility means a personal air vehicle that uses the sky, not the ground, as a transportation route. It is considered an effective alternative that helps overcome traffic congestion in urban cities. The second solution is purpose built mobility, in which vehicles are not simply a means of transportation but allow passengers to enjoy various services on the move. For example, vehicles can function as a restaurant, coffee shop, hotel, clinic or pharmacy. Lastly, these two mobility solutions connect at the Hub, which has a skyport for personal air vehicles on the top and docking station on the ground for purpose built vehicles.

Hyundai plans to commercialize the smart mobility services in 2028. So, I imagine our city landscape will change a lot in less than ten years.

While Hyundai Motor showed a four-legged “walking car” at last year’s CES, it exhibited a prototype of a “flying car” at this year’s event. With the showcase, Hyundai Motor Group, the world’s fifth-biggest automaker in terms of sales, declared its vision of transforming itself into a provider of smart mobility solutions. In fact, about 200 firms around the world are working on personal air vehicles and urban air mobility services. As the competition has already started, Hyundai aims to dominate the industry with electric vehicles on the ground and flying cars in the sky, signaling a major shift in the auto industry.

Speaking of a shift, innovative changes were also found in home appliances—the highlight of CES.

Samsung Electronics and LG Electronics are competing fiercely in the display market. At CES, Samsung showed a TV lineup with new AI features to enhance picture and audio qualities. Samsung’s TV is practically bezel-free, so almost the entire body turns into a huge screen.

But what grabbed more attention was LG Electronics’ rollable TV with a screen that rolls down from the ceiling. LG is confident that it has the competitive edge over Samsung in terms of picture quality, which it believes is no longer an important factor that might influence the display competition. Now, LG seems to be intending to outdistance Samsung with its innovative rollable TV.

A TV battle between Samsung and LG at CES is definitely worth watching. South Korea’s top two electronics giants have ranked first and second in the global TV market, showing off their latest TV products at CES each year. This year, too, Samsung and LG demonstrated constant evolution with a TV that has no bezel around the frame and a rollable TV, respectively.

In addition, many companies showed that the fourth industrial revolution has already permeated across industries. Professor Park now talks about what Korea should do in order to lead the new market.

It is important to invest in technological development, of course. But I think it’s also necessary for Korea to overhaul relevant systems and laws so companies are encouraged to carry out new businesses using the innovative technologies.

CES 2020 showed what companies will compete for in the next ten years. Innovations should be achieved not only in technologies but in relevant infrastructure so firms can embrace future technologies as a springboard for growth.