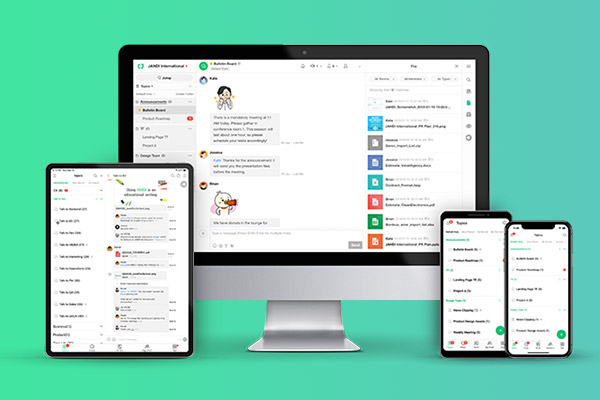 The company we’re going to introduce today is Toss Lab, a startup that promotes a smart work approach with its enterprise communication and collaboration tool. Let’s hear from company CEO Kim Dae-hyun.

A “toss” means a throw or fling of something, and “lab” is an abbreviation for laboratory. As indicated in the company name, Toss Lab allows its employees to express their ideas without restraint and research ways to make communication among office workers more efficient. The company’s flagship product, named JANDI, is a group messaging service that provides efficient collaboration features. These days, more emphasis is placed on collaboration between workers in a team, among other teams within a company and among different companies. JANDI fully supports workplace communication, which is essential for collaboration.

Of course, workers often use personal messengers or phones, or hold meetings offline to perform their jobs. But the meetings may end up being a one-time event and it might be difficult to organize files efficiently when using phones. Also, problems may arise in the process of exchanging task-related information between outgoing and incoming personnel. Companies, for their part, are concerned about data security. JANDI remedied these problems. Moreover, people can learn how to use this group collaboration tool easily and quickly as personal messengers.

Only a few years ago, companies used the intranet or emails as internal communication tools. But these tools have been replaced by messengers, as collaboration and quick communication have become increasingly important. Many office workers in Korea use mobile messaging apps including KakaoTalk to communicate with their coworkers. But wider communication through the messaging apps at work may lead to work instructions even after office hours, raising concerns over privacy breaches. Companies, on their part, need to prevent security accidents such as information leakage.

These problems were solved by Toss Lab, which was established in 2014. The company’s collaboration tool, JANDI, offers a new platform for business communication. What makes JANDI different from other messaging apps that we commonly use?

JANDI is a group collaboration tool that enables users to perform their tasks in line with different subjects. All the data about the tasks are stored as the company’s asset. On top of group messaging and task management, JANDI offers a file sharing service. All the files uploaded in JANDI are stored permanently and shared by workers anytime, based on strong data security. So companies don’t have to worry about the possibility of losing its assets. Another useful feature is file searching. JANDI classifies the files by timeline and records what the files are all about. It helps workers share, organize and search files to ensure effective teamwork and smooth workflows.

JANDI is a business messaging app optimized for workplace communication. Even if a worker joins a chat room on this group messaging platform later, he or she can find what the members talked about before and the previous files they shared. This is clearly different from messengers for individuals. So, members who join their team later can easily understand their jobs if they search the previous conversation of other team members. In the case of personal messengers, photos are erased over a period of time, and some images and larger files cannot be sent. In contrast, all the files uploaded in JANDI are stored without a time limit. Furthermore, all the messages and files are encrypted to ensure security.

In another feature, Janji offers simultaneous connections of up to 100 people for a video conference. Using JANDI, people can hold remote meetings easily. This function is becoming important, with more people working from home these days, especially in the aftermath of the global outbreak of COVID-19. Most of all, it is easy to use. Indeed, JANDI contributes to opening an era of “smart work.” Mr. Kim talks about how he came up with this easy and convenient solution.

I hoped that information technology would contribute to making the world a better place to live in. I thought developing new solutions to serve that purpose would be meaningful and rewarding. Office workers typically spend eight to 10 hours at their workplaces a day. I thought good quality IT services at workplaces would, therefore, benefit countless people. Previously, I worked at venture firms and large companies.

While assuming different posts, I discovered that the lack of communication or information often led to inefficiency at work. I was frustrated with the wasteful work process, where workers had to wait for hours to simply get a document’s approval. I thought it would be nice if these problems were solved. That’s why I floated the idea of a new service like JANDI.

Kim held different posts at various companies ranging from the T-Money traffic card provider to Korea’s first social commerce firm. In the process, he realized that sharing and communication would be the key to business management. So, he set up Toss Lab and developed the innovative collaboration and work communication platform of JANDI.

At the time, a group collaboration tool was a rather an unfamiliar concept. But following the introduction of the 52-hour workweek, people began to pay attention to the balance between life and work. Also, more companies have adopted the smart work system. This is where people can work anytime and anywhere using the Internet, smartphones and teleconferencing devices. Against the backdrop, Toss Lab is growing rapidly. With the number of its service users reaching 2 million, the company grabs the largest share in the domestic collaboration tool market, by far. The prolonged COVID-19 pandemic, in particular, brings to light the effectiveness of the company’s solution. 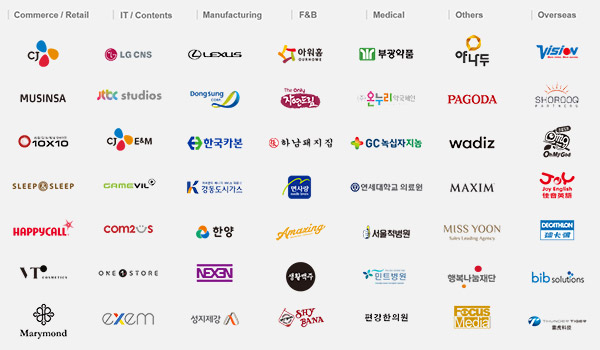 Companies find it necessary to let their employees work from home to prevent the spread of COVID-19. But many companies are not yet prepared for this type of work environment. So, Toss Lab offered its platform to companies for free. As if on cue, the National IT Industry Promotion Agency announced that it would support cloud-based services. Under the plan, the government will pay part of the fees for those services used by companies. Our JANDI service was selected as one of the solutions entitled to government subsidies.

As COVID-19 has been spreading, many enterprises have adopted remote work or flextime work. However, not many companies are equipped properly with telework systems for no-contact interaction. To help out companies in trouble, Toss Lab began to provide its service to them free of charge in February. Now, it has been selected as one of the providers of cloud-based solutions to small-and mid-sized firms in a government project. By contributing to overcoming the virus crisis, the company is implementing its vision of “making the world a better place.” With this vision in mind, it is exploring overseas markets as well.

Toss Lab accounts for the biggest share in the collaboration tool market in Taiwan. We’ve also taken firm root in the Japanese market since we signed a partnership with a listed local firm last year. Currently, about 600 companies in Japan are using our service. Our goal is to expand our presence throughout Asia and become the No.1 provider of software as a service in Asia.

From the beginning, Toss Lab fixed its eyes on the world market. In addition to the markets in Taiwan and Japan, it is expanding its business into the Middle East and Southeast Asian countries including Vietnam, where the company won a startup competition last year. With its useful and efficient tool, Toss Lab is promoting better communication and online collaboration culture at workplaces.