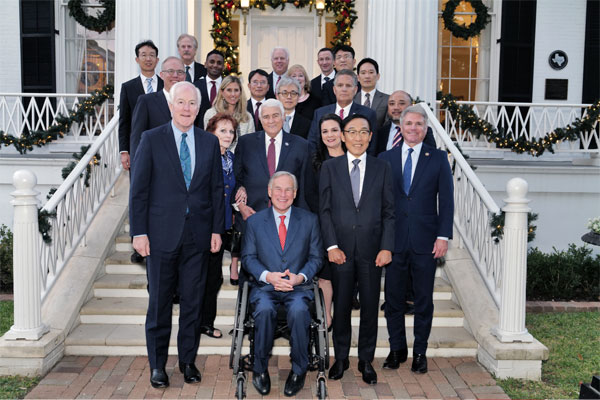 Samsung Electronics has decided to invest 17 billion US dollars in constructing its new semiconductor fabrication plant, or foundry, in Taylor, Texas. During the South Korea-U.S. summit in May, the South Korean tech giant announced its plan to build its second foundry in the U.S.  Candidates for Samsung’s new plant included Arizona and New York as well as Austin, where the company’s existing foundry facility is located. Eventually, the small city of Taylor with a population of 17-thousand has been selected.

With this investment decision, Samsung will join the process of forming the U.S.-led semiconductor supply chain and lay the groundwork for exploring the American market that has large U.S. clients including Google, Tesla, Qualcomm and Nvidia.

Here is Kim Dae-ho, director of the Global Economic Research Institute, to discuss Samsung’s pursuit of becoming the world’s No.1 player, not only in memory chips but in system semiconductors as well.

Samsung’s new foundry in Taylor will produce advanced system semiconductors for fifth-generation networks, high-performance computing, artificial intelligence and the metaverse. Following Silicon Valley, Texas has become a leading destination for many U.S. companies. Tesla, for instance, will move its headquarters from California to Texas.

Samsung’s decision to choose Taylor as the location for its 17 billion-dollar investment was greatly influenced by the city’s promise to give tax reduction incentives worth 292 million dollars. Samsung also considered Taylor’s synergy with the company’s existing plant in Austin, also in Texas, such as the stable provision of electricity and water. Samsung’s new production line in Taylor, alongside its Austin foundry, could comprise a major semiconductor complex.

The new factory to be built on a site of 5 million square meters in Taylor is 25 kilometers away from Samsung’s existing chip plant in Austin. The proximity will allow the Taylor plant to cooperate with providers of materials and equipment near Austin and to use Austin’s infrastructure such as industrial water and electricity.

Once the Taylor foundry starts operation in the second half of 2024, as planned, the global foundry market is expected to fluctuate yet again.

While Samsung Electronics dominates the global memory chip market, its foundry business has not stood out much. Taiwan’s TSMC is the No.1 foundry player with a world market share of 52.9 percent, while Samsung is a distant second at 17.3 percent.

But once Samsung’s new foundry in Taylor begins manufacturing 3-nanometer chips using cutting-edge technology, many fabless companies will likely choose Samsung, which is far ahead of TSMC in terms of nano technology. In this respect, the new foundry in Taylor will provide important momentum for Samsung to become the top system semiconductor producer.

Samsung’s largest investment in the U.S. will further strengthen the South Korea-U.S. alliance in the semiconductor industry. At present, the U.S. aims to secure a domestic supply chain for chips to prevent Chinese dominance in semiconductors. The Biden government has recently requested major chip manufacturers to submit internal data on semiconductor supply chains, while U.S. chipmaker Intel plans to reenter the foundry business on the back of government support.

The U.S. government’s attitude like this indicates that semiconductor companies may face many difficulties if they’re not included in the U.S.-led semiconductor supply chain. A foreign report says that South Korean chipmaker SK hynix’s plans to bring advanced equipment to its plant in China have been put on hold due to U.S. opposition. In a similar context, both TSMC and Intel have decided to build plants in the U.S.  Meanwhile, the U.S. government hails Samsung’s bold investment plan.

On a very rare occasion, the White House released a series of statements welcoming Samsung Electronics’ decision to set up a plant in Taylor. For the U.S., it’s great to see a new factory generating jobs on its soil. On top of that, the semiconductor issue has to do with national security concerns. Semiconductors are critical to everything from cars to missiles and space weaponry. The U.S. is the best in chip design, but it outsources manufacturing to foundries, with the foundry market dominated by Asian countries such as Taiwan, South Korea and China. The situation poses a threat to the security industry in the U.S.  To make matters worse, a continuing shortage of semiconductor chips has hit the U.S. economy. Under these circumstances, Samsung’s new chip plant will be established in Texas to manufacture under 3-nanometer, ultra-fine process semiconductors. For the U.S., this means that it can escape from a worsening supply chain crisis as well as a security crisis. It is little wonder that the U.S. is in a festive mood.

In light of domestic employment, it’s rather disappointing that South Korean firms are expanding their business in other countries. But that’s inevitable. Many fabless companies that place orders with Samsung are located in the U.S.  Samsung, which is struggling to catch up with TSMC, has to set up a factory in the U.S. to secure many more customers. Also, the U.S. gives massive tax benefits to chipmakers in an effort to tackle the supply shortage of semiconductors. It is economically advantageous for Samsung to build a production line in the U.S. In addition, it is significant for South Korea to share the supply chain with the U.S. The U.S. is a major export destination for South Korean electric vehicle and battery makers. They must consider the sales network in the U.S. and their partner firms.

The South Korean government is introducing large-scale industrial policies to promote domestic investment. The policies include the “K-semiconductor strategy,” the “2030 K-battery development strategy” and the “K-shipbuilding revival strategy.”

Analysts are calling for the government to carry out strategies in a balanced way by creating greater synergy between local industries and companies operating business abroad.

Apart from South Korean companies’ business expansion in the U.S. and Europe, investment has been made domestically to some extent. If South Korean industries fail to take root in the domestic market, they will be shunned by the overseas market eventually. Given that, it is necessary to pay greater attention to investment in domestic semiconductor, secondary battery and shipbuilding industries.

Amid the COVID-19 pandemic, disruptions in global supply chains have plunged the entire world into confusion, while the U.S.-China battle for global hegemony has intensified further. For the South Korean government and companies alike, innovation is not a matter of choice but a key strategy for survival. We’d like to support Korean companies’ efforts to take up new challenges.