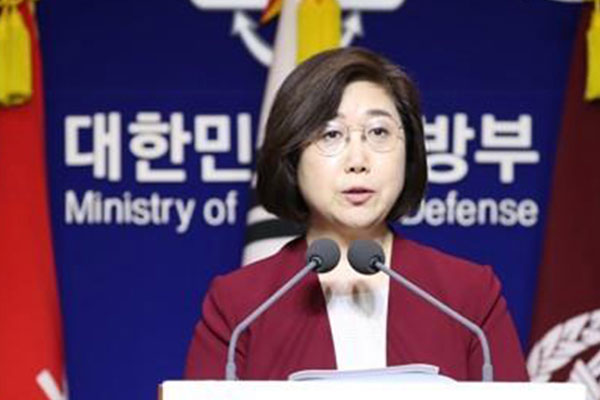 Foreign Minister Kang Kyung- says the government has no plans to reverse its decision to let the GSOMIA expire later this month.

"There is no change in our position as of now. We will go ahead with our decision."

"As the GSOMIA decision was [the result of] much consideration following Japan’s unfair export curbs [against South Korea], there is no change in our basic stance that we may reconsider if Japan removes the export restrictions."

In response to Japan's retaliatory trade measures, Seoul in August announced that it will not extend the intelligence sharing accord.

Speaking before the National Assembly’s special budget committee Friday, Kang also noted that the administration is well aware of the negative aspects of the decision.

What national interest would we attain from the termination of GSOMIA?

"It was an unavoidable decision amid the conflict between South Korea and Japan. Of course we have taken into full consideration that it could burden our other diplomatic relations. However, the decision was made considering that there is clearly no longer a relationship of trust with Japan to share sensitive information."

The remarks came as Washington puts sustained pressure on Seoul to renew the pact, which serves as a key platform of its trilateral security collaboration with South Korea and Japan.

"I will say that on GSOMIA it’s been a topic that the secretary has raised with his counterparts from Japan and Korea, persistently as this issue has come up. We are hopeful, we’re optimistic, we’re going to continue to push on. I can practically guarantee that it will be part of our conversations when we’re in Korea next week."

The Pentagon said Esper is scheduled to attend the US-South Korea Security Consultative Meeting, where he will meet with South Korean Defense Minister Jeong Kyeong- and other senior South Korean officials. The meeting is set for next Friday and Saturday in Seoul.