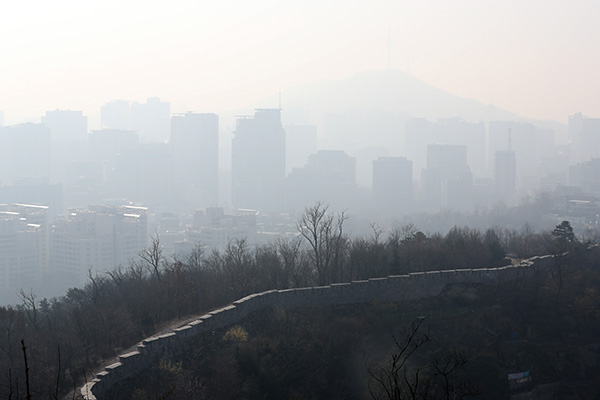 Ultrafine dust particle levels in South Korea significantly declined over the past winter after the government enforced a series of measures to control air quality.

A government report released Wednesday showed the average level of ultrafine dust particles, smaller than two-point-five micrometers in diameter, reached 24 micrograms per cubic meter between December and March, down 27 percent from a year earlier.

The report cited the control measures, increased precipitation and winds and China's reduced economic and social activities due to the novel coronavirus outbreak as factors that contributed to the improved air quality.

During the winter months, the government banned grade-five emissions vehicles without emission control devices in Seoul and its surrounding areas, enforced an alternate no-driving day system in the public sector and increased inspections of construction sites and factories.
Share
Print
List