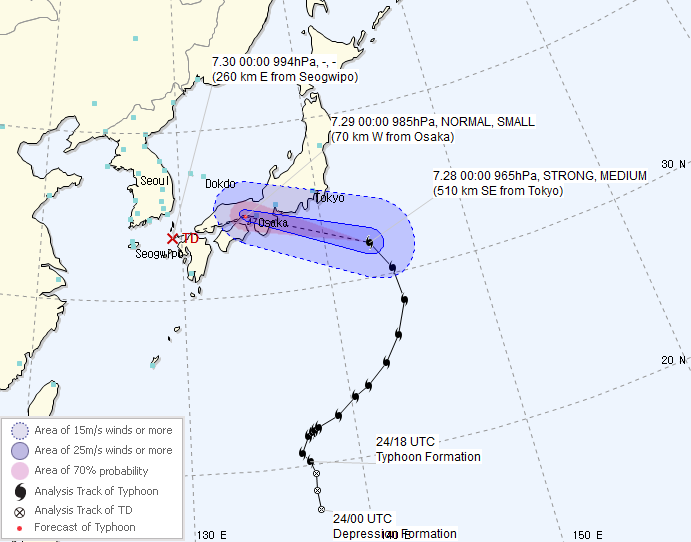 This year's 12th typhoon Jongdari has approached Tokyo, Japan as of Saturday morning.

According to the Korea Meteorological Administration (KMA), Typhoon Jongdari, a name submitted by North Korea, passed over waters southwest of Tokyo around 9 a.m. and is moving northwest at a speed of 37 kilometers per hour.

The Korean Peninsula will start to feel the effects of the typhoon from Sunday with rain forecast on the east coast.

High temperatures will briefly let up in areas where rain falls but the typhoon is unlikely to curb the ongoing heat wave.

The KMA said the mercury will continue to rise in the west of the country on Sunday and Monday as the typhoon brings easterly winds, with temperatures in some areas expected to exceed 37 degrees Celsius.
Share
Print
List