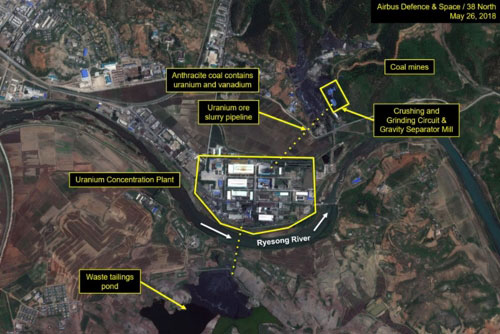 The U.S.-based North Korea monitoring Web site 38 North has reported no dismantlement activity at the Sohae Satellite Launching Station on North Korea's west coast, which the North pledged to dismantle during inter-Korean summit talks in September.

It added North Korea appears to have installed new equipment, possibly for ventilation, on the roof of the eastern-most fuel/oxidizer storage bunker around June or July.

38 North said these developments, combined with the continued presence and movement of vehicles at the administrative and security headquarters at the entrance to the site, indicate activity continues at the facility at a low level.
Share
Print
List