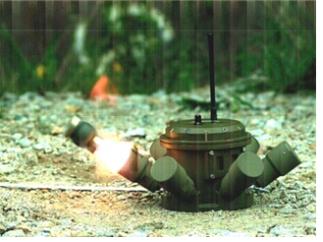 According to the Defense Acquisition Program Administration(DAPA), the  system will bolster defense in major security areas and efficiently deter enemy infiltration during a contingency.

The agency also touted the system’s safety-enhancing capacity. Developed with home-grown technologies, the system will replace land mines which can cause harm to friendly forces.
Share
Print
List