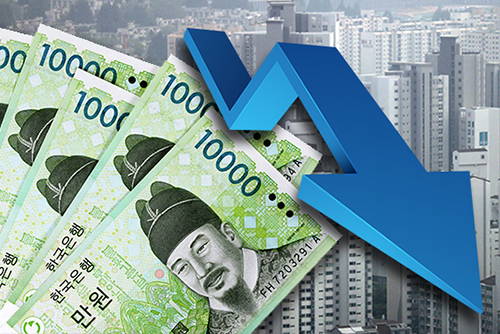 According to the Bank of Korea and other local financial authorities, households extended by banks and secondary lenders dropped by 200 billion won in January from a month earlier.

This is the first time combined household lending has fallen since the financial authorities began to compile related data in January 2015. In December, it rose six-point-six trillion won from November.