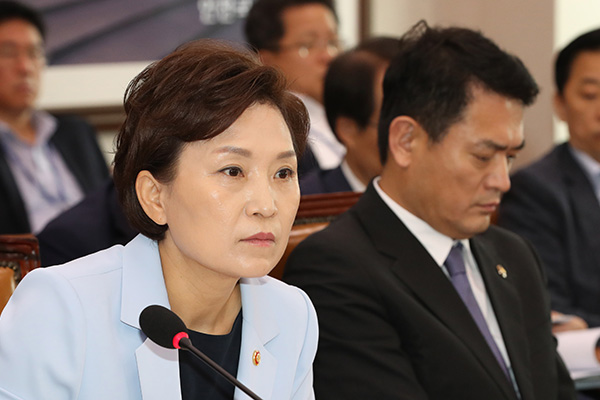 Land Minister Kim Hyun-mee says the government is working on effective enforcement of ordinances regarding the price ceiling system for new apartments on private land.

Kim revealed the move on Friday while speaking about related topics with the National Assembly Land, Infrastructure and Transport Committee.

She addressed the need to implement the price ceiling system more thoroughly as it remains nearly invalid after regulations were significantly eased in 2014 and 2015.

Asked about the possible side effects of strengthened regulations, such as creating excessive premiums for initial buyers, the minister said the government will come up with various measures to prevent such problems.

Minister Kim first revealed the plan to reinforce the price ceiling system during a parliamentary interpellation session on Thursday, saying the government is reviewing the specific targets, timing and methodology.
Share
Print
List