Chinese Media Assess Impact of Scrapped GSOMIA on US 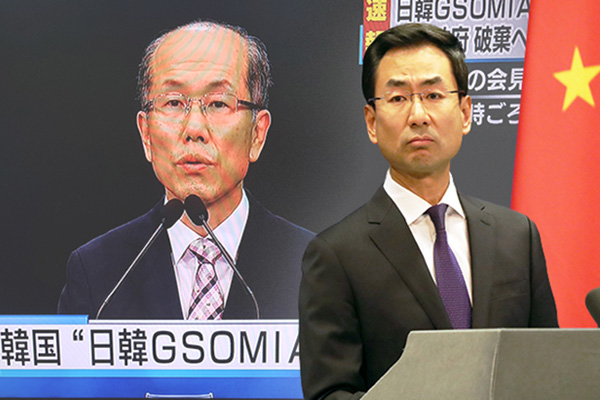 China’s state media and scholars say the United States' plan to create an Asian edition of the North Atlantic Treaty Organization(NATO) has hit a snag as South Korea is terminating its bilateral military information-sharing pact with Japan.

Chinese outlet Xinhuanet on Friday quoted Chinese experts as saying that the end of the General Security of Military Information Agreement(GSOMIA) could amplify conflicts between South Korea and Japan, affect military cooperation between the U.S. and Japan and sway Washington’s strategic position.

The experts argued that the U.S. was active in launching the deal between its two Asian allies, which was sought through an enhanced trilateral alliance to create an Asian NATO and keep in place its hegemonic status in Northeast Asia.

Beijing News reported that Washington had been fretting about the ending of the deal because a threat to the security ties between Seoul and Tokyo could jeopardize U.S.-led trilateral cooperation in the region.
Share
Print
List