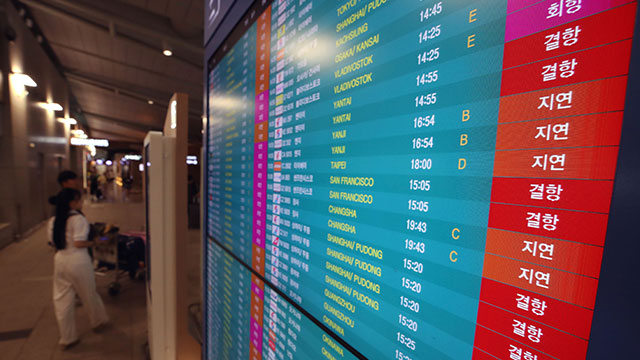 About 500 flights will likely be cancelled on Sunday as powerful Typhoon Tapah is approaching the Korean Peninsula.

According to the Ministry of Land, Infrastructure and Transport, 489 flights were expected to be canceled across South Korea on Sunday due to the typhoon, beginning with Asiana Airlines Flight OZ 8900 scheduled to depart from the southern island of Jeju for Seoul's Gimpo at 6:30 a.m.

The ministry said more cancellations are expected later in the day as the typhoon approached the country.

The ministry said passengers are advised to make sure their flights remain on schedule before leaving for airports.
Share
Print
List