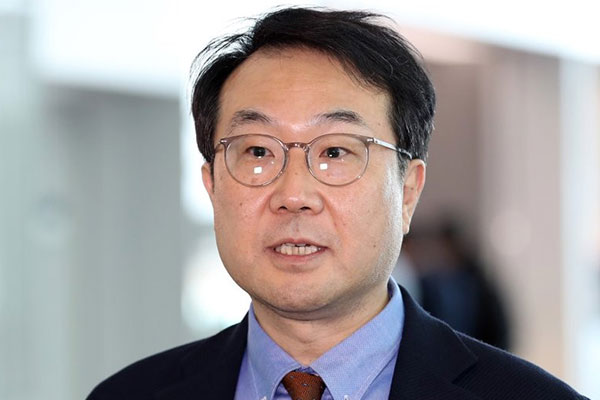 South Korea's chief nuclear envoy headed home on Wednesday after a three-day trip to the United States for talks with his American and Japanese counterparts.

Before departing for Seoul at Dulles International Airport, Lee told reporters that the three sides agreed to continue joint efforts to make progress on the North's denuclearization.

Lee, however, did not elaborate further on the discussions, saying North Korea could use his remarks as an excuse. He added his counterparts also agreed not to disclose details of the discussions.