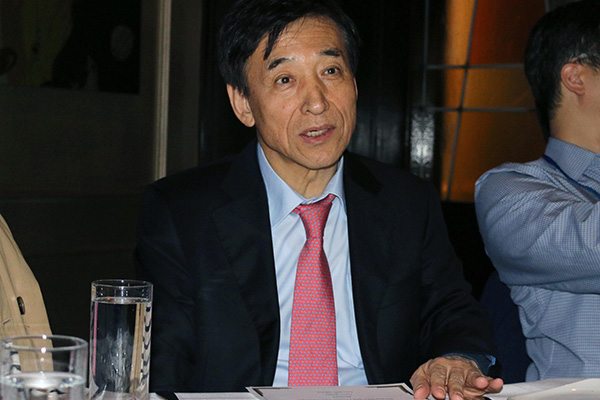 The head of South Korea's central bank said the U.S.-China trade war is estimated to have lowered South Korea's growth by as much as nearly half a percentage point this year.

Bank of Korea(BOK) Governor Lee Ju-yeol presented the assessment on Friday during a meeting with reporters in Washington.

Lee said that growth in 2019 may have been reduced by as much as point-four percentage point due in equal parts to weak export demand and subsequent sluggishness in investment and spending.

The BOK chief said that South Korea cannot help but be affected by the trade dispute between the U.S. and China because the proportion of its exports to both is so large.

He added the International Monetary Fund(IMF) predicted earlier that South Korea would be hit hardest by the trade dispute between the world's two largest economies aside from the U.S. and China themselves.