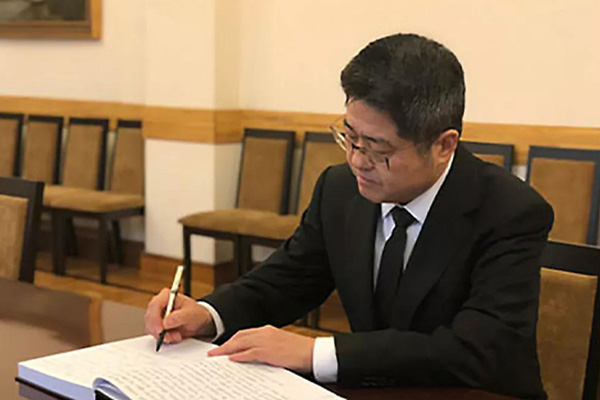 A senior Chinese official said China and Russia are circulating a draft of a new action plan on resolving Korean Peninsula issues.

Chinese Deputy Foreign Minister Le Yucheng made the remarks to reporters on Monday in Moscow, saying the draft is disseminating through various countries.

Le said that the action plan demonstrates the critical contributions that Russia and China make to the political process on the Korean Peninsula.

He stressed that the two nations will continue joint efforts to advance  reasonable resolutions of nuclear and all other issues in the region.

Beijing and Moscow had in 2017 presented a joint plan on peninsular issues, proposing comprehensive and phased steps to dismantle North Korea's nuclear program.

The most recent iteration of the action plan is an updated version of the 2017 proposal and includes the results of discussions with related parties.
Share
Print
List