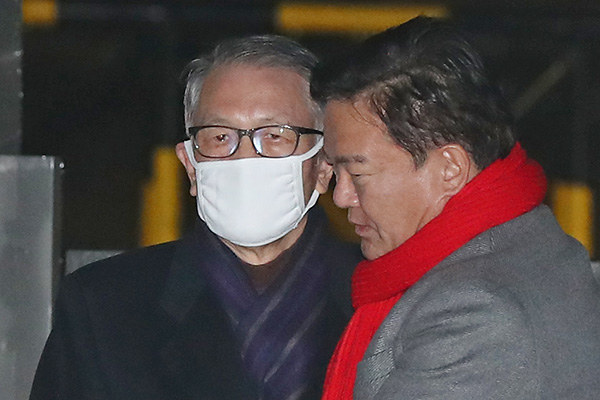 Kim Ki-choon, the former presidential chief of staff to impeached President Park Geun-hye, was released from prison around 12 a.m. Wednesday after 425 days behind bars.

His release came as the Supreme Court is deliberating an appeal Kim filed earlier in April after the Seoul High Court upheld an 18-month sentence he initially received on October fifth of last year.

Under the Criminal Procedure Code, detention periods can be extended three times, once every two months, during an appeals trial.

The Supreme Court was said to have renewed Kim’s detention period on May 27, June 26 and September 25.

With his detention period expiring, Kim requested last Tuesday that the top court free him, and the court decided to do so as of Wednesday.

The former chief of staff must still stand for trial at the Supreme Court, but his movements are not restricted under the terms of his release.
Share
Print
List