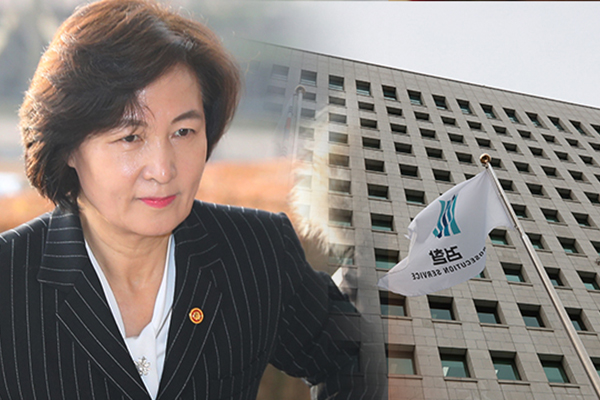 Justice Minister Choo Mi-ae met with rank and file prosecutors on Thursday for the first time since taking office 13 days ago.

During the meet-and-greet, the minister stressed human rights protection and reducing prosecution's engagement in direct investigations.

Choo listened to what prosecutors of various ranks had to say while having lunch with them at the government complex in Gwacheon, Gyeonggi Province.

The Justice Ministry said they conveyed their views on the changing investigative environment, the issue of reform and the heavy workload taken on by the criminal and trial departments.
Share
Print
List