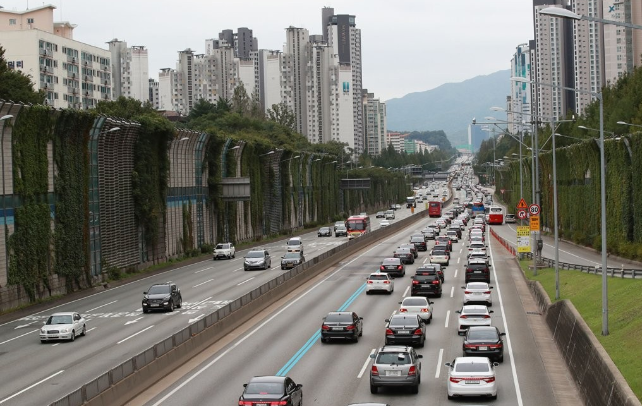 Traffic is flowing smoothly on highways across South Korea a day ahead of the Lunar New Year holiday.

This is according to the Korea Express Corporation(KEC), which said that as of 10:00 a.m. Thursday there were only short sections where vehicles were driving under 40 kilometers per hour due to traffic.

Thursday will see an estimated four-point-eight million vehicles on roads nationwide, with 480-thousand departing Seoul and its surrounding areas for other regions and 390-thousand vice versa.

The KEC said heavier traffic congestion will likely begin between 10:00 and 11:00 a.m. before peaking between 6:00 and 7:00 p.m. as millions of South Koreans head to their hometowns.