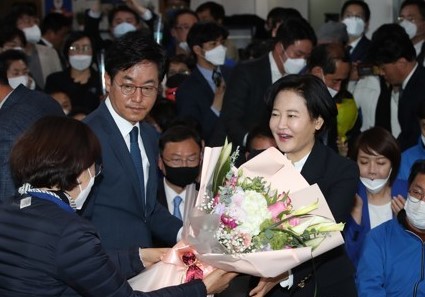 Following her election victory on Wednesday, Lee vowed to devote herself towards eradicating old politics and innovating the National Assembly through political reform.

The parliamentarian-elect said she will utilize her 19 years of experience in the judiciary to devise laws that prioritize public interests.

The race in Dongjak-B district had drawn much attention as Lee, a political rookie, had challenged Na, also a former judge and a four-term veteran, who served as the conservative party's floor leader last year.
Share
Print
List