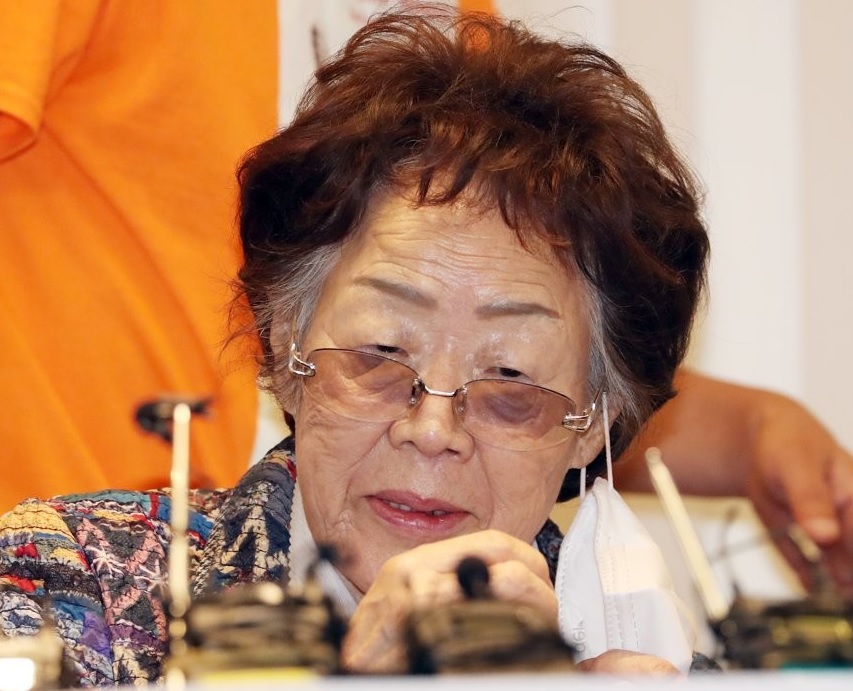 Lee Yong-soo, a surviving victim of Japan’s wartime sex slavery, held another news conference on Monday, further accusing the civic group the Korean Council for Justice and Remembrance for the Issues of Military Sexual Slavery by Japan of misappropriating donations.

While explaining the atrocities she suffered during Japan’s sexual slavery, the 91-year old activist said the civic group sold out the victims in its fundraising campaigns, which she claims have never benefited the victims.

She said unthinkable allegations came out in relation to the management of the Korean Council and all such suspicions must be investigated by the prosecution.

The civic group has been at the forefront of representing Korean victims of Japan’s wartime sex slavery, most famously as the organizer of the weekly Wednesday Protests.

After nearly 30 years of campaigning with the Korean Council to call for Japan's formal apology, Lee previously held a news conference earlier this month, claiming that donations made to the group had not been properly spent on the victims.

Since then, allegations snowballed with media delving into various suspicions related to the management of the organization and its former head Yoon Mi-hyang, a lawmaker-elect of the ruling Democratic Party.

Then last week, prosecutors raided the main headquarters of the group in western Seoul and other related facilities to secure accounting data in an apparent investigation into embezzlement and poor accounting practices.
Share
Print
List