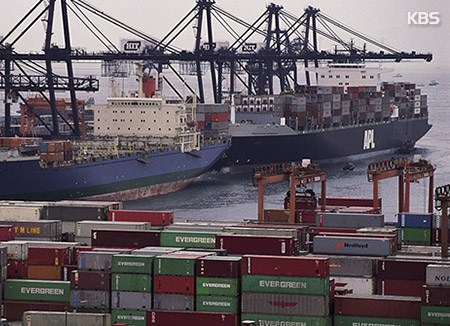 South Korea’s annual trade volume is unlikely to top one trillion dollars this year due to a drop in exports resulting from the COVID-19 pandemic.

According to financial industries on Monday, the Bank of Korea expects the nation’s trade volume this year to amount to 950 billion U.S. dollars, or down some nine percent from last year.