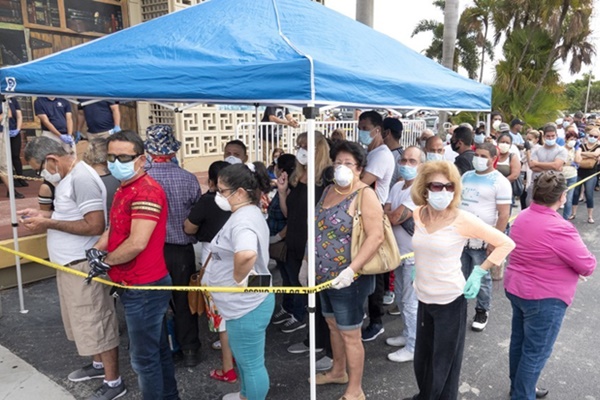 The United States reported more than 40-thousand new cases of COVID-19 on Sunday alone amid a new wave of infections.

According to the Washington Post, a total of 40-thousand-587 new daily cases were reported on Sunday.

Though new daily cases have slipped since posting a record high of 46-thousand last Friday, they have topped 40-thousand for the past three days.

The paper said Florida, Texas and Arizona are emerging as the country’s latest epicenters after reporting record numbers of new infections for weeks in a row. On Sunday, Arizona and Georgia both hit new one-day case highs, after the former reported three-thousand-857 new cases and the latter two-thousand-225 cases.

The daily said a record surge in new cases is the clearest sign yet of the historic failure in the United States to control the virus.
Share
Print
List