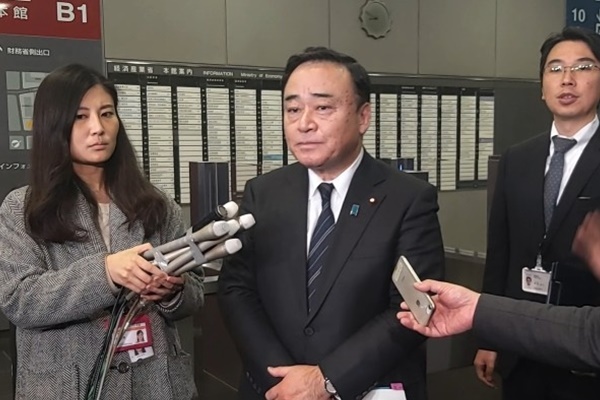 Japan’s trade minister has stressed that his country’s export restrictions against South Korea are appropriate while assessing that South Korea’s export management system has improved.

Hiroshi Kajiyama expressed these views during a news conference in Tokyo on Tuesday.

He said he believes South Korea’s system on managing exports has improved as he cited that South Korean and Japanese government officials have held discussions on several occasions since bilateral policy dialogue resumed after three-and-a-half years.

However, Kajiyma was quick to add that Japan’s move to slap export restrictions on South Korea is consistent with obligations under various World Trade Organization(WTO) agreements. He also said Tokyo’s move does not affect the supply chain, saying he believes Japan should address the matter over the export rules in line with the consultation procedures of the WTO.

The minister also expressed regret over Seoul requesting the WTO to set up a dispute-settlement panel to deal with the restrictions against Seoul.
Share
Print
List