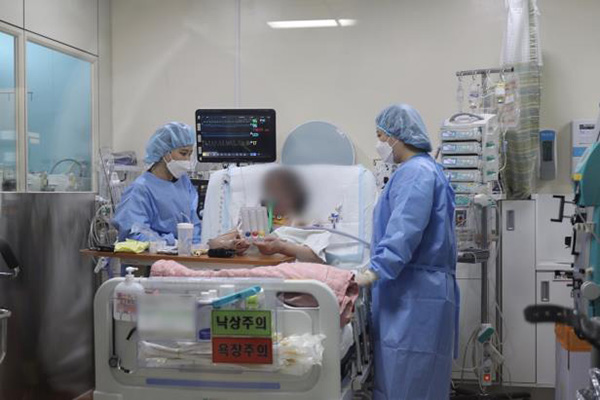 A South Korean COVID-19 patient has successfully received a lung transplant after the disease damaged her respiratory system. It's the first such case in Korea and ninth worldwide.

Hallym University Sacred Heart Hospital said Thursday the transplant was carried out on June 21 on a female patient in her 50s who had pulmonary fibrosis caused by the coronavirus.

She was brought to the hospital back in late February as a severely ill COVID-19 patient and was immediately put on a respirator.

While she recovered from the virus and consistently tested negative since March, her lung condition worsened as they began to harden.

Despite substantial treatment on an ECMO machine for over 100 days, the transplant was a success and she has now recovered enough to breathe on her own.