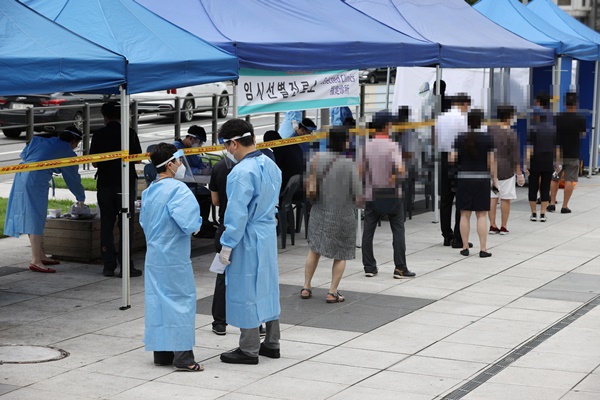 A resurgence in local infections has pushed South Korea's daily COVID-19 cases back to over 50.

The Korea Centers for Disease Control and Prevention(KCDC) said on Wednesday that 54 new cases were confirmed in the 24-hour period ending at 12 a.m., lifting the cumulative tally to 14-thousand-714.

This is the first time in 17 days that the daily figure topped 50 since 58 cases were announced on July 26.

Among the latest cases, 35 were domestically transmitted, the highest in 20 days. The greater Seoul area reported 32 such cases, including 19 in Gyeonggi Province and 13 in the capital city, while three others were detected in Busan.

Nineteen cases were attributed to overseas infections, including eight people who tested positive upon arrival.