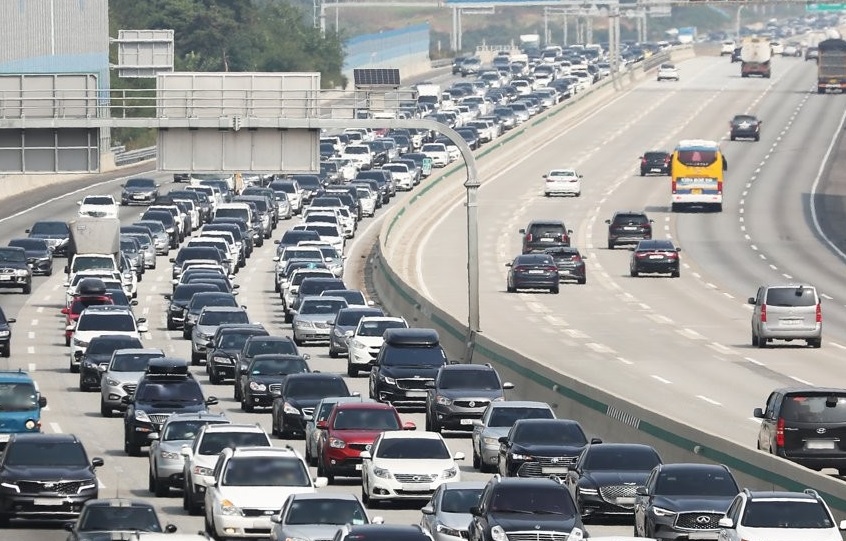 Traffic congestion on freeways due to the annual Chuseok migration culminated on Wednesday, the first day of the five-day weekend.

Korea Expressway Corporation said it will take an estimated six hours to get from Seoul to Busan, four-and-a-half hours to Gwangju, five hours to Daegu and three hours to reach Gangneung from the capital during peak afternoon hours.

Traffic authorities projected the congestion to peak on Wednesday afternoon and ease by the evening. A total of 4.6 million automobiles are estimated to have hit freeways on Wednesday.

A recent survey of more than 13-thousand-800 households by state-run Korea Transport Institute estimated that nearly 27-point-six million people plan to travel between Tuesday and Sunday. That's 28-point-five percent less compared to last year's Chuseok, as the government urged the public to minimize travel this year to prevent the further spread of COVID-19.

But traffic is expected to be more congested this year as 91-point-four percent plan to move about in personal vehicles rather than using public transportation, which is seven percentage points higher on-year.
Share
Print
List