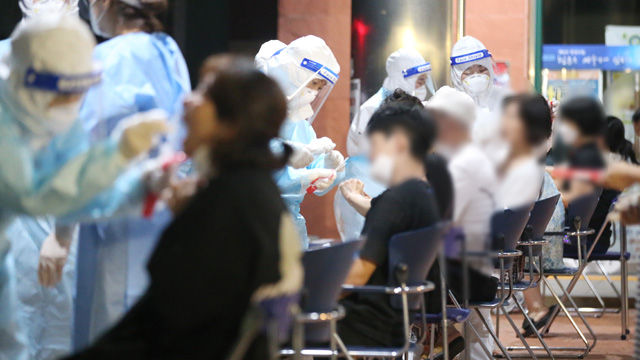 The Korea Disease Control and Prevention Agency(KDCA) said on Wednesday that 91 additional cases were confirmed throughout Tuesday, bringing the accumulated caseload to 25-thousand-424.

The daily figure rose by 33 from the previous day and remained in double-digits for six consecutive days.

Of the new cases, 57 were domestic while 34 were imported.
The number of local cases bounced back over 50, the criteria for Level One social distancing.

Of the local cases, 40 came from the wider metro area, including 13 in Seoul, 21 in Gyeonggi Province and six in Incheon. Most of the cases are linked to clusters at nursing homes and rehabilitation hospitals.

The number of imported cases doubled from the previous day to 34, the largest since July 29. Twenty-two cases were detected at quarantine checkpoints at airports or ports, while 12 others tested positive during self-isolation.

The number of critically ill COVID-19 patients decreased by one to 70.