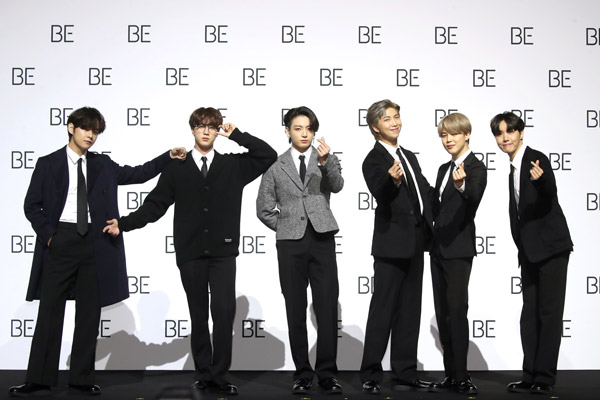 The band's management agency Big Hit Entertainment said Saturday the album has topped the iTunes Top Albums chart in 90 countries including the U.S. and the UK since its release at 2 p.m. Friday Korea time.

The album's title track "Life Goes On" has ranked first on the iTunes Top Songs chart in 90 countries.

Other songs in the eight-track album also rank in the top ten.

The new songs in "BE" include lyrics that offer a message of hope to people around the world affected by the prolonged pandemic. The seven members sing about overcoming the jitters and fears and continuing with their lives.
Share
Print
List