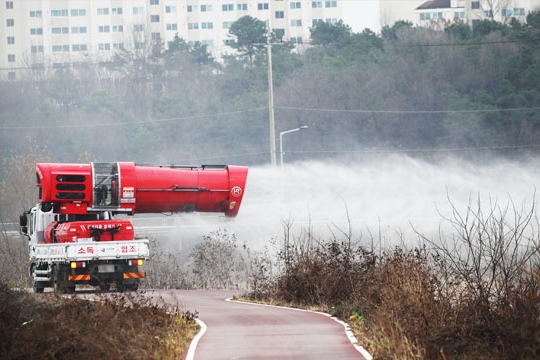 South Korea confirmed this year's first case of the highly pathogenic avian influenza (AI) among local poultry at a duck farm in a southwestern province on Saturday.

The provincial government of North Jeolla Province said that a virus detected from ducks at the farm in Jeongeup in a pre-shipment test on Friday has been confirmed as the highly pathogenic bird flu of the H5N8 strain.

It marks the first confirmed case of the highly pathogenic AI detected among domestic poultry since March 2018. All other cases reported this year involved wild birds.

The detection prompted the provincial government to take preemptive measures such as the culling of 19-thousand ducks at the farm as well as about 390-thousand poultry at six farms within a radius of three kilometers.

The local government also designated areas within a ten-kilometer radius of the Jeongeup farm as an intensive quarantine zone, banning the movement of animals and people at poultry farms in the zone for 21 days.

The Ministry of Agriculture, Food and Rural Affairs also issued a standstill order for all poultry farms and livestock facilities and vehicles across the nation, which took effect at midnight Sunday and will last for 48 hours.
Share
Print
List