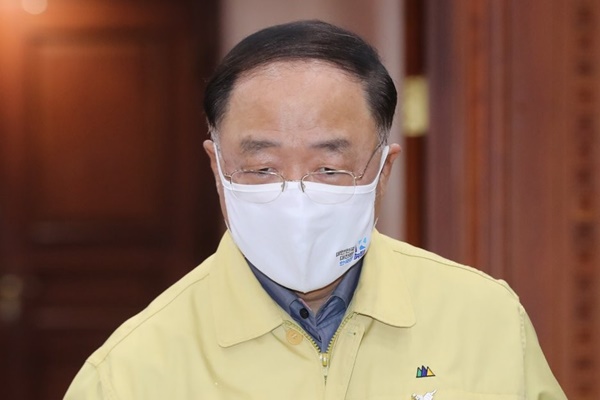 Finance Minister Hong Nam-ki made the pledge on Tuesday while introducing the government's fourth set of countermeasures for the low birth rate and aging society on his social media account.

Hong said the country's productive age population is expected to decrease by 230-thousand from last year to 37-point-36 million this year, before shedding an additional 230-thousand next year.

The minister emphasized that the measures were drawn up with the aim to curb the population decline.

Hong said the most notable part of the new measures is that nine-point-five trillion won will be earmarked until 2025 to supplement support programs for families with children from birth to university education.
Share
Print
List