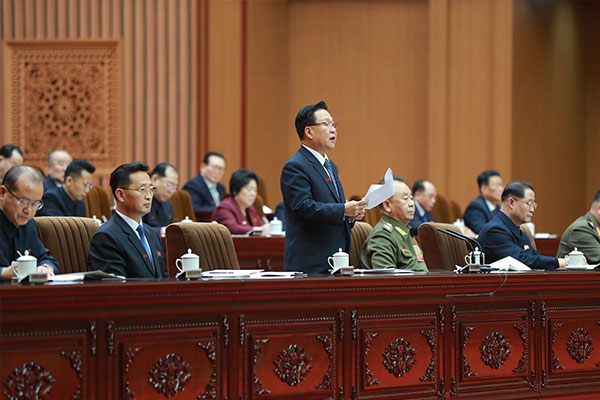 A government think tank in Seoul has reported that the growth of North Korea’s budget revenue and expenditures is estimated to be the lowest in nearly two decades.

Choi Ji-young, a researcher at the Korea Institute for National Unification(KINU), said on Friday that budget revenue in the North will grow zero-point-nine percent and expenditures one-point-one percent compared to last year.

She said KINU reached those figures through analysis based on North Korea's latest parliamentary session.

The dip in budget revenue and expenditures may be a sign of the regime's worsening economic state amid protracted international sanctions, the COVID-19 pandemic and a string of recent natural disasters.

This year, the North planned a zero-point-six percent increase in budget expenditure for public livelihoods. It planned to expand investment in science and technology by one-point-six percent, significantly lower than nine-point-five percent last year.

Despite its stringent responses to the pandemic, its budget earmarked for the healthcare sector only increased by two-point-five percent from last year.
Share
Print
List