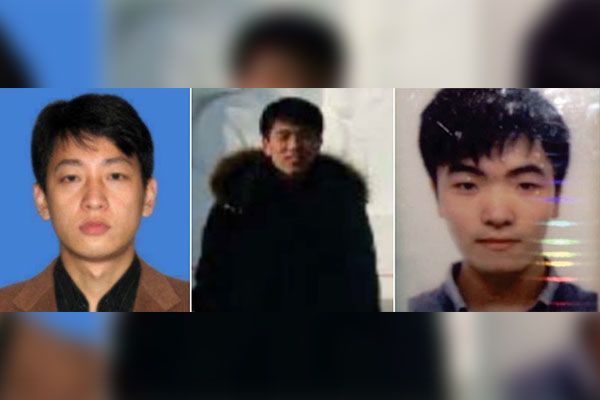 The U.S. Department of Justice says it has indicted three North Korean hackers for cyberattacks.

The department said in a press release on its website on Wednesday that the three were members of units of the Reconnaissance General Bureau, a military intelligence agency of North Korea.

The department indicted the three on charges of attempted cyberattacks to steal one-point-three billion U.S. dollars in crypto and traditional currencies from banks and other targets.

The indictment filed with the District Court in Los Angeles in December last year identified the three suspects as Jon Chang-hyok, Kim Il and Park Jin-hyok. The latest case reportedly builds on 2018 charges against Park.

U.S. Assistant Attorney General John Demers said that North Korea's operatives, using keyboards rather than guns and stealing digital wallets of cryptocurrency instead of sacks of cash, are the world's leading bank robbers.

The department said that the three suspects engaged in a wide array of criminal activities, including the creation of the destructive WannaCry ransomware in May 2017.
Share
Print
List