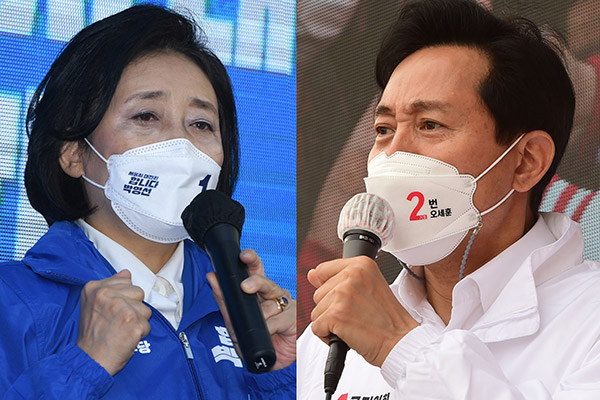 The by-elections to choose the mayors of Seoul and Busan as well as 19 other posts including those for the heads of a city district and county, have begun.

The National Election Commission said voters began to cast their ballots at three-thousand-459 polling stations across the nation at 6 a.m. on Wednesday. The polling booths will remain open until 8 p.m.

As ballot counting at 55 locations across the nation will likely begin at 8 or 8:30 p.m., the election watchdog expects many of the winners to be determined by around 12 a.m., when around half of the votes are expected to have been counted.

There are 12-point-16 million eligible voters, including eight-point-four million in Seoul and two-point-nine million in Busan, and around two-point-five million have already cast ballots during the two-day early voting session through Saturday at a record high turnout of 20-point-54 percent.
Share
Print
List