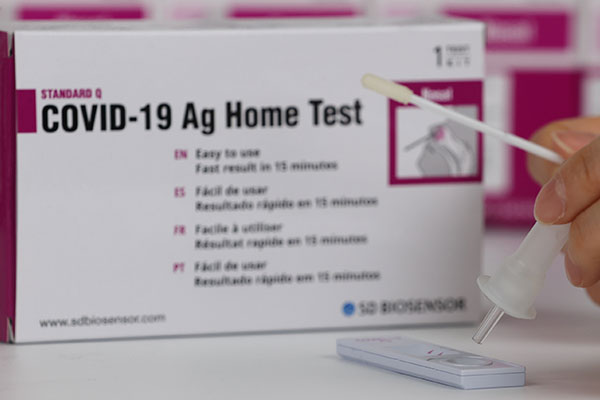 The Ministry of Food and Drug Safety said on Friday confirmed both of the rapid antigen test kits it conditionally approved allows the user to take samples from his or her nose, with results appearing within 15 to 20 minutes.

The kits will be temporarily allowed for use until a kit is formally approved. Manufacturers will have to submit clinical test results within three months.

The first kit developed by SD Biosensor has received approval for home testing in Germany and six other European countries, where it posted an 82-point-five percent success rate in detecting patients in clinical tests.

The second by Humasis, currently being used in the Czech Republic and two other countries in Europe, had a 92-point-nine percent success rate.

The ministry, however, stressed that the kits are meant to be supplementary, adding those suspected of an infection must be confirmed through a Polymerase Chain Reaction(PCR) test conducted by medical personnel.
Share
Print
List