Seoul City Will Not Extend Public Transport Hours during Chuseok 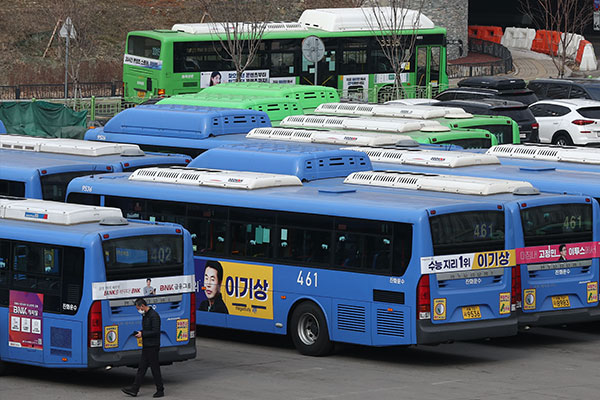 The Seoul Metropolitan Government has decided not to extend operations of public transportation during the Chuseok holiday in an effort to curb movement and prevent a possible spike in new COVID-19 infections.

The city government announced the decision on Wednesday, asking citizens to avoid trips during the five-day holiday which begins on Saturday.

Before the pandemic began, the capital city used to extend operations of subways and intra-city buses and increase buses that have stops at city-run cemeteries during the Chuseok and Lunar New Year holidays.

Operations will be maintained at regular holiday hours, but services provided by nighttime buses and taxis will remain available as usual for essential travel.

The municipal government plans to enforce special antiviral measures during the holiday such as disinfecting facilities and installing hand sanitizers at major stations and bus terminals.
Share
Print
List